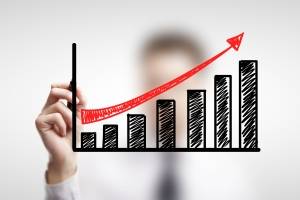 November 1, 2017 – Executive search firm Boyden has strengthened its global industrial practice in the U.K. with the additions of Claire Lauder and Francesca d’Arcangeli. Both will focus primarily on the industrial sector.

Ms. Lauder has broad experience in the industrial and engineering sectors. She will serve as a partner in Boyden’s U.K. interim management.

Ms. d’Arcangeli, who has 25 years of leadership experience including 10 years in board and C-suite placement, joins Boyden U.K. as a managing partner. She specializes in international search in the industrial and consumer sectors and has a strong track record in multi-territory and developing market management. Earlier in her career, she served as COO of a diversified regional investment group and founder and board director of a U.K. management consulting firm.

“The expansion of our U.K. global industrial practice with the addition of Claire and Francesca is perfectly timed,” said Alastair Da Costa, advisory chair of Boyden U.K. and Nick Robeson, a managing partner of Boyden U.K. in a joint statement. “The industrial sector is undergoing significant change. Along with increased M&A activity, many industrial organizations are in a period of transformation and need to ensure the right leadership is in place,” they said. “Claire and Francesca have the right experience and deep cultural understanding of the sector to work closely with Boyden clients to evolve their next generation of management. In such a dynamic sector, we find the close collaboration between executive search and interim management a compelling solution for our clients.”

Ms. Lauder said she was looking forward to working with Boyden’s partners across the globe. “The benefit of the firm’s established executive search and interim management offering is a great advantage to my clients,” she said.

“The U.K. continues to be a major international hub and one where many global firms seek new leaders in the domestic market, Europe, as well as in key emerging markets,” said Ms. d’Arcangeli.