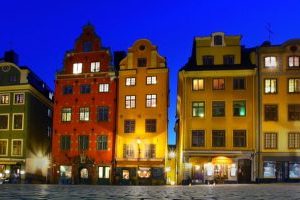 April 5, 2017 – In an effort to further strengthen its capabilities in the Nordic region, search firm Boyden has announced an expansion in Stockholm. Peter Krenander, Rickard Ericson and Michael Rooslien will join Boyden Sweden managing partners Katarina Brixéus, Ulf Bergström, Marie Corell and Per Fornander as part of the firm’s continued expansion in Northern Europe. In addition, an expanded research team will also join the firm.

Mr. Krenander joins Boyden with more than 15 years of experience in senior management positions with a focus on the industrial and healthcare & life sciences sectors. He has extensive expertise in recruiting C-level management and has been actively involved in executive search since 2009. He brings 15 years of experience in senior management positions, including two CEO roles. Most recently, he served as a managing partner at Horton International.

Mr. Ericson has recruited high level management and specialists as well as led management audits and board assessments for clients over the past 12 years. He joins Boyden with expertise in financial services, as well as in the industrial and consumer & retail sectors. Mr. Ericson also joins the firm from Horton.

“The addition of these leading professionals to Boyden Sweden will enhance our ability to provide clients with world class talent advisory and leadership expertise in both the Nordic Region and across the globe,” said Trina Gordon, president and CEO of Boyden World Corporation. “Our new team brings strong expertise in executive search as well as deep sector knowledge that will enable Boyden to continue providing superior client advisory services while expanding our global footprint.”

“We’re excited to join Boyden and look forward to working closely with the firm’s partners across the globe,” said Mr. Krenander, on behalf of the managing partners. “Boyden’s commitment to a global platform that is specifically focused on a client-centric approach was critical in our decision to join.”

The vast majority of Stockholm residents work in the service industry, which accounts for roughly 85 percent of jobs in the area. The almost total absence of heavy industry (and fossil fuel power plants) makes Stockholm one of the world’s cleanest metropolises. The last decade has seen a significant number of jobs created in high technology companies. Large employers include IBM, Ericsson, and Electrolux. Stockholm is Sweden’s financial center. Major Swedish banks, such as Nordea, Swedbank, Handelsbanken, and Skandinaviska Enskilda Banken, are headquartered here, as are the major insurance companies Skandia, Folksam and Trygg-Hansa.

Just recently, the firm named Cornelia Tänzler as leader of its global consumer and retail practice. Ms. Tänzler, who is managing partner of Boyden Switzerland, brings extensive experience in the sector across Europe. She has built a prestigious client portfolio with many C-level and board searches having now been completed.

The firm started the year announcing that Signium Australia, formerly known as Crown & Marks, had joined Boyden to establish a major presence in the Australia and New Zealand region. Its new Australia team is led by managing partners Allan Marks and Alun Parry. They are joined by 15 professionals, including two managing partners, two partners, one principal and an associate and administrative team. These additions increase the firm’s reach in key global practices and functional sectors, including industrial, education, consumer, professional services, technology, financial services and board of directors.

In September, the firm named Gary Claus as a partner in its Pittsburgh office. Mr. Claus is well known for his expertise in financial and professional services recruiting. Most recently, he served eight years as a managing director with Jade Group LLC, an executive search and consulting firm specializing in assignments for senior level executives in the financial, accounting, tax, internal audit, information technology and legal fields.

Boyden also added Tracy Grajewski as a partner, also in its Pittsburgh office, this past year. Ms. Grajewski previously founded Laurel Summit Insights, a consulting firm geared to the business needs of clients undergoing transformation. Before that, she served as senior vice president of human resources at integrated delivery insurer Highmark Health, where she led an organizational redesign in tandem with the integration of a large acquisition.