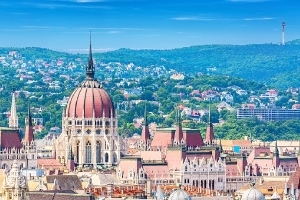 May 31, 2018 – Executive search consultants are seeing an increase in hiring mandates from around the world. To meet demand, they continue to develop new practices, hire recruiters and open more locations. Among them, Boyden has relaunched its Budapest operations with the addition of Judit Szalóky Tóth as a partner in Hungary. Boyden plans additional expansion in Budapest to meet market demands in coming months.

Previously, Ms. Szalóky Tóth was Nielsen’s regional director, marketing communications for Central and Eastern Europe and the Mediterranean. Prior to that, she was a managing director of Nielsen Hungary, then regional director, consumer insight, and a member of the CEE regional leadership team. Previously, she served as chief marketing officer and management team member of Zwack Ltd. She began her career in sales, marketing and business development roles at Unilever.

“Judit brings an impressive track record that will be valuable for our global consumer & retail, healthcare & life sciences and technology practices,” said Trina Gordon, president and CEO of Boyden. “She is well-known throughout Hungary and Eastern Europe as a management expert and standout consultant in markets where Boyden is already a premium service provider.”

Peter Forgacs, managing partner of Boyden Hungary, spoke highly of her as well. “Judit will be an outstanding addition to Boyden Hungary and a great asset in Russia, Turkey, Poland, Czech Republic and other markets in Central and Eastern Europe,” he said. “She excels in client relationships and business development, and is a sought-after speaker at top business and educational conferences.”

Hungary, as an active member of the CEE region is an important part of its extensive economic development. The country’s major industries include food processing, pharmaceuticals, motor vehicles, information technology, chemicals, metallurgy, machinery, electrical goods and tourism. Based on a CEE study earlier this year, Hungary is viewed as a “safe haven” for working capital, without major political or economic risks. Some of its well-known companies include the Fortune Global 500 firm MOL Group, the OTP Bank, Gedeon Richter, Magyar Telekom, CIG Pannonia, FHB Bank and Zwack Unicum.

Boyden added veteran human resources executive Michele Marchesan as a principal in the firm’s Milan office. In his 30-year career, Mr. Marchesan has overseen numerous searches for C-suite and senior level management throughout Europe, Asia and the U.S. He most recently served as senior vice president and chief human resources officer (CHRO) at Datalogic.

Check Out These Related Articles On Search Firms Expanding In Hungary: