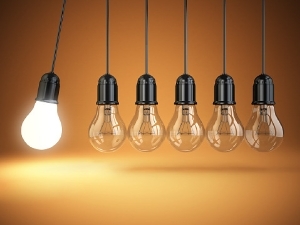 Ms. Chupik is a higher education and public-sector recruitment expert. She has made hundreds of senior placements, primarily in the public and not-for-profit sectors, having recruited across Canada’s top universities and colleges, governments and NGOs. She formerly served as director of recruiting and staffing for the government of Nunavut, a territory in northernmost Canada. Before that, she held various HR roles with Ryerson University. She has also worked in executive search for Odgers Berndtson and Janet Wright & Associates.

As key members of Boyden’s global social impact practice, Ms. Chupik and Mr. Chambers will support boards, leaders and organizations committed to having demonstrable and positive social impact. These include a range of clients that are advancing the discovery and dissemination of knowledge, strengthening the fabric of civil society, and improving the health and wellness of people, communities, and the planet, said the firm. They will also serve as thought leaders in diversity, equity and inclusion to Boyden’s clients across all sectors.

“Boyden has a competitive advantage in this sector, thanks to an outstanding global team with the experience to build out the practice and the ability to serve clients in the education, government and non-profit sectors as well as the private sector, where we are seeing the most growth in our social impact recruitment,” said Ken Werker, global board member and global leader of Boyden’s social impact practice. “The growth of the practice has been exceptional and a strategic priority for Boyden in Canada and around the world. We are very proud to welcome Nick and Jessa as valuable experts and key contributors.”

“Sector-agnostic” is how Michael Naufal, managing partner and board director of Boyden Canada described the firm’s social impact practice. “We support progressive, forward-thinking organizations that have a society-building mission,” he said. “Both Nick and Jessa are passionate and extremely knowledgeable in this space and will deliver outstanding results as trusted advisors to our clients.”

Boyden continues to expand and add talent across several global regions. Here are some related stories from the Hunt Scanlon Media archives: