Stay Connected:
Artificial intelligence and other emerging technologies are already changing businesses around the world. In many ways, that’s good news. But it also poses some tough questions – and challenges. A new McKinsey report helps guide the way into the future. 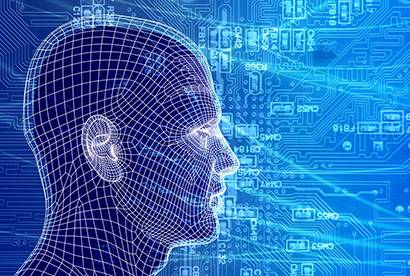 December 10, 2017 – We are entering a massive workplace shift that will be marked by rapid advances in automation and artificial intelligence. New research from McKinsey & Co. finds that between 75 million and 375 million workers globally will have to switch occupational categories and learn new skills in just the next 12 years because of automation and the transition to AI and robotics.

McKinsey Global Institute’s latest report, “Jobs Lost, Jobs Gained: Workforce Transitions in a Time of Automation,” assessed the number and types of jobs that might be created under different scenarios through 2030 and compared that to the jobs that could be lost to automation.

The results revealed a rich mosaic of potential shifts in occupations in the years ahead, with important implications for workforce skills and wages. The report found that while there may be enough work to maintain full employment to 2030 under most scenarios, the transitions will be highly challenging—matching or even exceeding the scale of shifts out of agriculture and manufacturing that have been seen previously.

What impact will automation have on work?

About half the activities that people are paid to perform globally could theoretically be automated using currently demonstrated technologies, according to McKinsey. Few occupations—less than five percent—involve activities that can be fully automated. In about 60 percent of occupations, however, at least one-third of the constituent activities could be automated, implying substantial workplace transformations and changes for all workers.

While technical feasibility of automation is important, it is not the only factor that will influence the pace and extent of automation adoption, said the report. Other factors include the cost of developing and deploying automation solutions for specific uses in the workplace, the labor-market dynamics, the benefits of automation beyond labor substitution, and regulatory and social acceptance.

Taking all this into account, McKinsey estimated that between nearly zero and 30 percent of the hours worked globally could be automated by 2030, depending on the speed of adoption. Results differed significantly by country, reflecting the mix of activities currently performed by workers and prevailing wage rates.

The potential impact of automation on employment varies by occupation and sector. Activities most susceptible to automation include physical ones in predictable environments, such as operating machinery and preparing fast food, said the report. Collecting and processing data are two other categories of activities that increasingly can be done better and faster with machines. This could displace large amounts of labor—for instance, in mortgage origination, paralegal work, accounting and back-office transaction processing.

It is important to note, however, that even when some tasks are automated, employment in those occupations may not decline but rather workers may perform new tasks, said McKinsey.

Automation will have a lesser effect on jobs that involve managing people, applying expertise and social interactions, where machines are unable to match human performance for now, said the report.

Jobs in unpredictable environments—occupations such as gardeners, plumbers or providers of child- and eldercare—will also generally see less automation by 2030, because they are technically difficult to automate and often command relatively lower wages, which makes automation a less attractive business proposition.

What are possible scenarios for employment growth?

Workers displaced by automation are easily identified, while new jobs that are created indirectly from technology are less visible and spread across different sectors and geographies.

Here’s Why Artificial Intelligence Raises Hopes, and Fears, Among HR Leaders
As artificial intelligence continues to make inroads into the working world, hiring managers are showing a combination of excitement for its potential and angst about its effects, according to a new study by the Allegis Group.

McKinsey previously estimated that global consumption could grow by $23 trillion between 2015 and 2030, and most of this will come from the consuming classes in emerging economies. The effects of these new consumers will be felt not just in countries where the income is generated but also in economies that export to these nations. Globally, 250 million to 280 million new jobs could be created as a result of the impact of rising incomes on consumer goods alone, with up to an additional 50 million to 85 million jobs generated from higher health and education spending, said the report.

By 2030, there will be at least 300 million more people aged 65 years and older than there was in 2014, said McKinsey. As people age, their spending patterns shift, with a pronounced increase in spending on healthcare and other personal services. This will create significant new demand for a range of occupations, including doctors, nurses and health technicians but also home-health aides, and nursing assistants in many countries. Globally, healthcare and related jobs from aging could grow by 50 million to 85 million by 2030, said McKinsey.

The changes in net occupational growth or decline imply 75 million to 375 million may need to switch occupational categories and learn new skills in the years ahead. The shift could be on a scale not seen since the transition of the labor force out of agriculture in the early 1900s, said the report.

McKinsey estimated that between 400 million and 800 million individuals could be displaced by automation and need to find new jobs by 2030. New jobs, however, will be available, based on McKinsey’s scenarios of future labor demand and the net impact of automation.

Will there be enough work in the future?

Concern is growing over whether there will be enough jobs for workers, given potential automation. In response, McKinsey offered two different sets of analyses in regard to the future of work: One was based on modeling of a limited number of catalysts of new labor demand and automation, and the other used a macroeconomic model of the economy that incorporates the dynamic interactions among variables.

With history as a guide, eight to nine percent of 2030 labor demand could be in types of occupations that haven’t previously existed, according to the report.

Both analyses concluded that with sufficient economic growth, innovation and investment there can be enough new job creation to offset the impact of automation, although in some advanced economies additional investments will be needed.

A larger challenge, said the report, will be ensuring that workers have the skills and support needed to transition to new jobs. Countries that fail to manage this transition could see rising unemployment and depressed wages.

What will automation mean for skills and wages?

In general, the educational requirements of the occupations that may grow are higher than those for the jobs displaced by automation, said McKinsey. In advanced economies, occupations that currently require only a secondary education or less would see a net decline from automation, while those occupations requiring college degrees and higher would grow.

In India and other emerging economies, the report found higher labor demand for all education levels, with the largest number of new jobs coming in occupations that currently require a secondary education. But the fastest rate of job growth will be for occupations currently requiring a college or advanced degree.

Workers of the future will spend more time on activities that machines are less capable of, such as managing people, applying expertise and communicating with others, said McKinsey. Employees will spend less time on predictable physical activities and on collecting and processing data, where machines already exceed human performance. The skills and capabilities required will also shift, requiring more social and emotional skills and more advanced cognitive capabilities, such as logical reasoning and creativity.

McKinsey’s analysis suggested that that most job growth in the U.S. and other advanced economies will be in occupations currently at the high end of the wage distribution. Some occupations that are currently low wage, such as nursing assistants and teaching assistants, will also increase, while a wide range of middle-income occupations will have the largest employment declines.

How do we manage the upcoming workforce transitions?

The benefits of artificial intelligence and automation to users and businesses, and the economic growth that could come via their productivity contributions, are compelling.  Such tools will not only contribute to dynamic economies that create jobs, said the report, but also help create economic surpluses that will enable societies to address the workforce transitions that are likely to happen regardless.

DHR International Looks at the Rise of Robotics and Its Effect On the Workplace
Will your company survive the workforce disruption triggered by the rise of the robot, powered by a new wave of artificial intelligence? The so-called Fourth Industrial Revolution, “4IR” as it is known, is upon us.

Faced with the scale of worker transitions the report described, one reaction could be to try to slow the pace and scope of adoption in an attempt to preserve the status quo. But this would be a mistake, said McKinsey. Although slower adoption might limit the scale of workforce transitions, it would curtail the contributions that these technologies make to the business dynamism and economic growth. “We should embrace these technologies but also address the workforce transitions and challenges they bring,” said the report.

Providing job retraining and enabling individuals to learn marketable new skills throughout their lifetime will be a critical challenge—and for some countries, the central challenge. Mid-career retraining will become ever more important as the skill mix needed for a successful career change, said the report. Business can take a lead in some areas, including with on-the-job training and be providing opportunities to workers to upgrade their skills.

Businesses will be on the front lines of the workplace as it changes. This will require them to both retool their business processes and reevaluate their talent strategies and workforce needs, carefully considering which individuals are needed, which can be redeployed to other jobs, and where new talent may be required, said McKinsey. Many companies are finding that this is in their self-interest—as well as part of their social responsibility—to train and prepare workers for a new world of work.

Individuals, too, must prepare for a rapidly evolving future of work. Acquiring new skills that are in demand and resetting intuition about the world of work will be critical for their own well-being, said McKinsey. Human labor will be in demand, but workers everywhere will need to rethink traditional notions of where they work, how they work and what talents and capabilities they bring to that work.

Counteroffers: How to Avoid Your Offer Being Turned Down