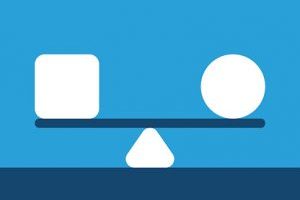 April 4, 2017 – Chelsea Partners and Reffett Associates have been selected to find USA Swimming’s new president and chief executive officer. The nationwide search to replace Chuck Wielgus, who is retiring, is being led by Andy Knox, managing director at Los Angeles-based Chelsea Partners, and Bill Reffett, managing partner at Reffett Associates in Seattle. The search is expected to be completed by July.

The USA Swimming shootout was highly competitive, said Mr. Knox. In addition to Chelsea Partners and Reffett Associates, three additional search firms, including two of the Big Five, gave in person presentations to win the assignment. More than double that number responded to a request to submit a proposal.

The joint venture between Chelsea Partners and Reffett Associates was established by USA Swimming in order to bring together the strengths of both search firms. “It leverages my deep and broad knowledge of USA Swimming and amateur/Olympic sports, as well as consumer-centric sectors, with the resources and experiences of Reffett Associates,” said Mr. Knox. “This increases the resources focused on the universe, expands the reach of the search, and effectively eliminated any off-limits issues that might have existed.”

USA Swimming, located in Colorado Springs, is the national governing body for swimming in America. The group is best known for choosing the U.S. Olympic Swim Team and other squads that represent the country in the sport, but it also serves a host of roles in promoting, developing, and furthering swimming nationally. With a budget of $40 million, the organization has 400,000 members, tens of thousands of volunteers, and 90 employees.

Both search consultants said they will not be limited to prospects with swimming or even sports in their backgrounds, although individuals who do will make up an important contingent of candidates to consider. Leaders from commercial industries and any number of fields will be equally considered.

“We are looking for a strategic leader and/or manager who comes out of a consumer-centric service or product environment,” said Mr. Knox. “Branding, marketing, and revenue-generation should be their core competencies. This position is not about swimming or sports per se, but more about identifying someone who can bring a complementary set of skills and experiences to the sport of swimming.” Candidates could come from a sports apparel company, he said, or from sports television or a professional league, to name but a few. “They could be doing any number of things,” said Mr. Knox.

USA Swimming is a thriving organization. In each of the last five summer Olympics, its representative swimmers have won an average of 31 medals. Indeed, one of the challenges for the group’s new leader, said both recruiters, will be to build on the organization’s many accomplishments. In particular, they noted, USA Swimming has helped make swimming America’s best-performing Olympic sport.

“The goal is to continue to grow the sport, retain our leadership position globally in terms of performance in the pool, and continue to adapt and evolve the sport, quite frankly as USA Swimming always has,’ said Mr. Knox. “It is best of breed in its world.”

The assignment has special significance for Mr. Knox, who conducted the search that led to hiring Mr. Wielgus 19 years ago. At the time, Mr. Knox was a partner with Korn Ferry. Mr. Reffett, coincidentally, is also a Korn Ferry alumnus. He and Mr. Knox are longtime friends who have teamed up on a number of projects.

Mr. Knox has been involved with USA Swimming on a personal level, which gives him unique insight. Among other roles, he served on the organization’s first board as well as that of its philanthropic arm, the USA Swimming Foundation. He also helped lead in the planning and management of the sports of swimming, diving, and synchronized swimming for the 1984 and 1988 Olympics in Los Angeles and Seoul, South Korea.