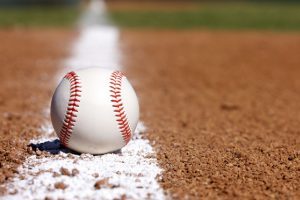 October 4, 2016 – As the 2016 baseball season draws to a close, Korn Ferry has placed Derek Falvey as executive vice president and chief baseball officer for the Minnesota Twins. In his new role, Mr. Falvey essentially acts as the Twins’ general manager. Past GM Terry Ryan was fired in July, ending a three-decade stretch with the organization.

According to the Twins, Mr. Falvey “will be responsible for establishing the vision and related strategies for the club’s baseball operation.” Specifically, he will oversee all aspects of the department, including: a major league team, coaches, and support staff, contract negotiations, player development, scouting, research & development, medical and communications.

“I believe the addition of Derek Falvey to the Minnesota Twins will markedly enhance our organizational excellence and bring championship baseball back to Minnesota,” said Twins owner Jim Pohlad.

Mr. Falvey, who is only 33 years old, has spent the last nine seasons as a member of the Indians organization, most recently as assistant general manager. He spent the previous four seasons as director of baseball operations.

“It’s a tremendous honor to have the opportunity to lead the Twins baseball operation. This is a proud, resilient franchise, and I’m eager to return championship-caliber baseball to the Twin Cities,” said Mr. Falvey. “We will work diligently and collectively to select and develop top-performers, advance our processes, and nurture a progressive culture that will make fans across Twins Territory proud.”

Giving Minorities and Women a Leg Up

Korn Ferry has a history of working with Major League Baseball, having placed Rob Manfred into the commissioner’s post. At the end of last season, MLB retained the executive search firm to provide league-wide talent support services, which includes assisting candidates who reach the interview process for baseball operations positions.

“That is an important part of this process, by all means,” said Twins president Dave St. Peter at the time. “We all know that’s a huge priority for Major League Baseball. I can assure you we’re going to do everything within our power to make sure we not only abide by the guidelines put forth by baseball but hopefully, at the end of the day, over time we’ll be able to exceed them.”

Korn Ferry also helped the Milwaukee Brewers and Toronto Blue Jays last year in GM searches that resulted in the hiring of first-time GMs David Stearns and Ross Atkins, respectively, though neither is a minority.

Mr. Stearns was hired out of the Houston Astros’ front office to become the youngest GM in the sport. It took six weeks from the time Korn Ferry was retained in mid-August last year to Mr. Stearns’ hiring, which was announced in late September. A Harvard graduate who spent three seasons as Astros assistant GM, Mr. Stearns worked in the commissioner’s office from 2008-11 and later spent two years as director of baseball operations for the Cleveland Indians.

After Blue Jays GM Alex Anthopoulos let his contract expire, Mr. Atkins was hired out of the Indians’ front office, where he had worked with newly installed Blue Jays president Mark Shapiro.

Korn Ferry, which Mr. St. Peter termed “a one-stop shop,” typically handles background checks and psychological testing in the Twins’ hiring efforts, in addition to its standard recruiting efforts for the organization.

Korn Ferry’s highly developed sports practice is led by Jed Hughes, who has distinguished himself as an expert in identifying, assessing, and developing leaders. His relationships within sports and intercollegiate athletics are extensive, having spent 20 years coaching in professional and intercollegiate football and working for five Hall of Fame coaches.

The firm’s sports practice has conducted a number of prominent searches in the field, including commissioner for the National Football League (NFL) as well as the CEO of the U.S. Olympic Committee. It has also been active filling head coaching and general manger roles for both professional and collegiate sports teams. Korn Ferry recently assisted the Cleveland Browns with the hiring of Hue Jackson as its new head coach.