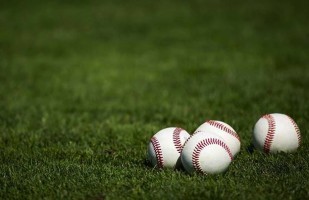 December 2, 2015 – Sports and entertainment-focused executive recruiter Turnkey Search has placed Jamie Norton as vice president of finance and accounting of the Milwaukee Brewers. He will oversee the daily financial operations of the Brewers and Brewers Community Foundation, including financial reporting, budgeting, risk management, tax compliance, and payroll.

Before joining the Brewers, Mr. Norton spent nine years with the Chicago Cubs, where his most recent role was assistant director of finance and risk management. He started with the Cubs in 2007 as manager of finance. Earlier in his career, he was an auditor with The Tribune Company and American Express.

“Jamie brings an ideal combination of skills and experience to this position, and we know he will be a key contributor to the Brewers and to our finance operations,” said Brewers’ executive vice president of finance and administration Bob Quinn.

Turnkey Search has conducted extensive search work in the sports field, recruiting Flavil Hampsten as chief sales & marketing officer of the San Jose Sharks, Jarrod Dillon as EVP of sales and marketing with the Tampa Bay Lightning, Terry Kalna as SVP of sales of the Pittsburgh Penguins, Myles Pistorius as SVP and general counsel of the Miami Dolphins, and Courtnee Westendorf as chief marketing officer of the Oakland Raiders.

The Brewers recently used another executive search firm to fill its general manager position. In September, the team turned to Korn Ferry to recruit David Stearns as its new GM.

Check Out This Related Article on Turnkey Search: