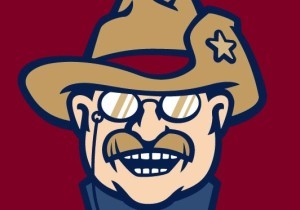 October 15, 2015 – Executive recruiter Eastman & Beaudine has recruited Sam Torres as chief sales officer of the Frisco RoughRiders, the Double-A affiliate of the Texas Rangers. Mr. Torres, who will oversee the team’s corporate partnership development, joins the Riders’ executive team after more than three years as a general manager for IMG College. He previously served as general manager of sports properties at the University of Texas El Paso.

“Sam was identified as one of the top corporate partnership executives in the country and a rising star in the industry,” said Chuck Greenberg, general partner and CEO. “We are thrilled that someone with such a proven track record of success, along with a passion for building unique and dynamic partnerships, will be joining president Scott Sonju, executive vice president/GM Jason Dambach and chief operating officer Scott Burchett on our RoughRiders’ senior management team.”

The Frisco RoughRiders play their games at Dr. Pepper Ballpark in Frisco, Texas. The team was founded in 2003 and has finished first among all Double-A franchises in attendance in each of the last 11 seasons (2005-2015). More than 130 former RoughRiders players have gone on to play Major League Baseball, including All-Stars Chris Davis, Elvis Andrus, Adrian Gonzalez and Ian Kinsler.

For over 40 years, Eastman & Beaudine has been a leader in executive searches among sports, entertainment & business clients seeking direction, assessment and counsel to build their senior leadership teams. The firm is led by Bob Beaudine, who has helped shape the leadership teams for the NBA, Major League Baseball, the PGATour, Arena Football, U.S. Olympics, NASCAR, Professional Bull Riders, Horse Racing, and Ultimate Fighting Championships. He was recently named to the board of directors for the Texas Rangers and is on the advisory board of directors for the College Football Assistance Fund and Southern Methodist University Cox School of Business.

“Bob Beaudine challenges you to think differently. His unique approach to life and business has helped elevate many careers,” said Roger Goodell, commissioner of the NFL.

The sports industry itself continues to be a growth area for executive search businesses. Many C-suite focused recruiting firms are now active in the sector and some specialize only in the sports field itself; these include Turnkey Search, Sports Recruitment International and Collegiate Sports Associates — all dedicated to providing sports-related executive search and leadership advisory services.