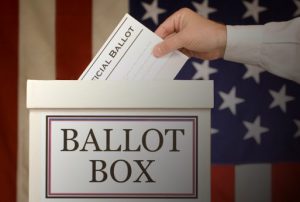 November 1, 2016 – With the presidential election just seven days away, the big question on everyone’s mind is will the U.S. job market experience any major shift in hiring. And what’s in store for executive recruiters, who ply their trade with professionals caught right in the crosshairs of politics and business.

Whether the election of Hillary Rodham Clinton or Donald J. Trump will make matters worse or better remains to be seen. But clearly the U.S. is heading into unchartered territory after next week’s big election. Some are calling it a watershed moment in American history, while others see nothing more than deepening gridlock leading to unfulfilled potential.

But a snap survey of talent acquisitions leaders and their search partners reveals that sentiment is, privately, upbeat. Those in charge of hiring on both sides of the aisle are generally optimistic. They believe that even though the last 18 months have been uncertain, hiring and recruiting have actually been undergoing flush times. Their thinking is that no matter who gets elected, any lingering uncertainty will dissipate, leading to a rejuvenated and even expanding jobs market.

For executive recruiters, a level job market means an upswing in client satisfaction. That, in turn, means more search mandates coming their way. “Regardless of the outcome at the presidential level, we see the job market continuing to hold steady for the foreseeable future,” said Dan Ryan, principal at Ryan Search and Consulting, providers of talent acquisition and development services for clients in the architecture, engineering, construction, manufacturing, healthcare and retail fields.

Mr. Ryan, however, believes that upcoming house and senate elections could impact those favoring pro-labor. “Shifts in the makeup of the house or senate might have an influence on this, especially if either moves toward the Democratic side,” Mr. Ryan said. “This might provide an opportunity for more pro-labor initiatives or other types of legislation that could put more of a burden on the employment process.”

When there is uncertainty, there is a tendency to display patience, and wait, or do nothing. When that occurs, employers are more likely to turn to temporary professionals or contractors until the market shows improvement. That might be one indication of a settling market, or better yet, a maturing one. But it is one likely outcome of this election.

In fact, recent succession planning studies have shown that interim chief executives are suddenly filling the top void at a number of companies on the lookout for new leaders. According to recruiters, a desire for continuity in both leadership and culture might account for fewer outsiders getting appointed as chief executives.

Employers, for their part, are proceeding — some not with caution,  but confidence. In other words, organizations that have a need to recruit aren’t waiting to see what happens next Tuesday. So don’t expect hiring decisions to be put on hold or delayed until an outcome is determined. In fact, recruiters envision that some job markets have the potential to not only survive but thrive. They predict things could get even better than they are now.

Employers added a modest 156,000 jobs in September as the U.S. unemployment rate remained unchanged at five percent, according to the most recent U.S. Bureau of Labor Statistics report. Next week, October’s numbers will be released perhaps providing a better view on what effects the election may have had on recent hiring.

Why the Election Matters

“When Americans were asked about the biggest risk to the U.S. economy, the landslide winner was the outcome of the presidential election, garnering 61 percent of the vote and five times more votes than the second choice – terrorism,” said Bankrate.com chief financial analyst Greg McBride.

Surprisingly, the outcome of the presidential election was the runaway choice as the biggest threat to the economy over the next six months among every age group, income group, ethnic group, political affiliation, and regardless of gender.

Republicans were only slightly more likely (at 68 percent) than Democrats (60 percent) or Independents (61 percent) to cite the election outcome as the biggest economic risk. Older millennials (age 26-35) and younger Baby Boomers (age 52-61) were most likely to name this as the biggest threat economically.

“The economy continues to power forward despite the uncertainty and geopolitical risks out there in the world,” said Chris Rupkey, chief financial economist at MUFG Union Bank. “The economy is moving forwards, not backwards.” Let’s see if this remains the case after Election Day.

Steady is always better than the less appealing alternative, according to Steve Potter, Odgers Berndtson U.S. managing partner. “We here at our firm haven’t seen a downturn in business because of the election, but the lack of clarity of the last few years is still very much with us,” Mr. Potter said. “I miss the 90’s!!”

Odgers Berndtson U.S. has added more than 15 sector specialists to its roster in the last two years, with revenues doubling in size as a result. The firm recently ranked No. 22 among Hunt Scanlon Media‘s Top 50 executive search firms in the Americas. It is expected to rise in rank next spring when the 2017 list is published. Globally, Odgers now has more than 210 partners managing client engagements from offices in 51 cities across 29 countries.

“Clients entrust us to recruit top talent eager to tackle business challenges unique to their transforming industries,” said Mr. Potter. “Our newest search specialists are authorities in their industries who are ready to help clients in pursuit of executives with a proven track record of success.” And those authorities, he said, are in demand and will likely remain in demand, whether Clinton or Trump wins.

Other firms have not fared as well. Just last week, Heidrick & Struggles posted surprisingly flat year-over-year revenues in North America for the third quarter. Revenue was $78.19 million, a 0.1 percent decline from $78.26 million last year. It’s boutique rivals are reporting just the opposite — some estimating annual growth rates this year at over 25 percent. Mr. Wolstencroft informed investors this past summer that he intends to use M&A ‘as a vehicle to accelerate’ the company’s strategy of delivering expanded leadership advisory solutions.” So far, its not helped in Heidrick’s largest market.

Heidrick & Struggles shares have fallen 25 percent since the beginning of the year. It’s chief public rival, Korn Ferry, hasn’t performed much better. Will the election help to stem the tide for these two global search firms? Perhaps. Let’s see what happens first a week from today.