Menu
View our Events
Stay Connected:
Happy days ahead: 60 percent of employers plan to add jobs in the second half of the year as workers seek higher pay. Let’s take a look at the latest hiring report by CareerBuilder. 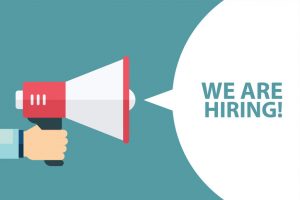 July 17, 2017 – Are you one of the 27 percent of workers who plan to change jobs in the back half of the year? The odds of landing one – and getting paid more – are in your favor, according to the 2017 midyear job forecast just released from CareerBuilder.

The nationwide study revealed that 60 percent of companies are hiring full-time, part-time and temporary or contract workers from July 1st through December 31st, up from 50 percent last year. Thirty-six percent of employers plan to hire part-time, permanent employees, up from 29, and 46 percent plan to hire temporary or contract workers, up from 32 percent last year.

“Events dominating national headlines have had a polarizing effect in the U.S., but most employers remain confident in their outlook for financial growth and plans for hiring,” said Matt Ferguson, CEO of CareerBuilder. “Job seekers stand to benefit not only from having more options, but also from the growing intensity in the competition for talent.”

What Are the Hot Areas for Hiring?

Information technology (72 percent) leads all industries in planning to hire in the back half of the year, coming in 12 percentage points higher than the national average for plans to add full-time, permanent headcount. Manufacturing (66 percent), healthcare (64 percent) and financial services (62 percent) are also expected to outperform the national average.

Summer Hiring In Full Throttle
The summer job market is upon us and with good news: Companies are stepping up their seasonal hiring. Forty-one percent of employers plan to hire workers for the summer, a significant jump from 29 percent last year.

Where Are the New Jobs?

All regions are showing a year-over-year gain in the percentage of employers expecting to hire full-time, permanent employees in the last half of the year. The West leads with 67 percent of employers planning to add headcount, while the South remains on par with the national average. The Northeast and Midwest came in below the national average, but are expecting healthy increases over last year.

Full-time, permanent hiring over the next six months is also expected to increase across company sizes. Midsize businesses are leading the pack in the percentage of employers hiring, while small companies are reporting the biggest year-over-year growth.

Among all employers (hiring managers and human resources managers), 53 percent said they plan to offer higher starting salaries for new employees over the next six months, said CareerBuilder, a big jump from 39 percent in the same period last year. Nearly one third (32 percent) plan to increase starting salaries on job-offers by five percent or more. Two-thirds of employers (66 percent) plan to increase compensation for current employees before year end and 34 percent anticipate an increase of five percent or more.

Looking at a subset of human resources managers, 72 percent said they have to start paying higher wages because the market has become increasingly competitive for talent. The majority said this also applies to entry-level workers:

Unemployment Rate Falls to 16-Year Low
Employers added 138,000 jobs last May as the U.S. unemployment rate fell to 4.3 percent, the lowest since 2001. During the month, the number of workers unemployed dropped to 6.9 million marking the 78th straight month of job growth. Economists polled by Reuters had forecast payrolls increasing by 185,000 jobs last month.

With an improved economy and overall job market, especially within the specialized industrial and technology fields, workers believe they have more options – and therefore the ability to demand a higher salary either from their current employer or a competitor, said the Spherion report. Twenty percent cited compensation as the primary reason they plan to explore their professional options, more than any other employment factor. Likewise, 35 percent of workers said that although they accepted a lower salary when they started their current role, they should be paid more today.

“In the 20-year history of the Emerging Workforce Study, we’ve never seen employees have this much leverage to improve their situation and fulfill their demands for better salaries and working conditions,” said Sandy Mazur, Spherion division president. “This year’s study reinforces the need for employers to reevaluate their retention strategies and take a closer look at the factors – both financial and non-financial – that influence their workers’ professional decisions. While not all businesses will have the flexibility to raise wages right away, our data indicates that there are a range of alternative measures that may prevent an employee exodus.”