Stay Connected:
President Donald J. Trump renews pledge to dramatically accelerate the pace of job growth and oversee the creation of 25 million new jobs in the next decade. 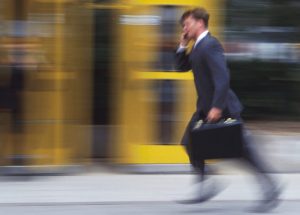 July 11, 2017 – Employers added 222,000 jobs last month as the U.S. unemployment rate rose slightly to 4.4 percent, according to the most recent U.S. Bureau of Labor Statistics report. During the month, the number of workers unemployed dropped to seven million. June marked the 79th straight month of job growth in the U.S. Economists polled by Reuters had forecast payrolls increasing by 185,000 jobs last month and the unemployment rate holding steady at 4.4 percent.

“We’ve been creating close to 200,000 jobs a month now for more than seven years,” said Mark Zandi, chief economist at Moody’s Analytics. “That’s just an incredible achievement. And that machine is still humming.”

In a statement Friday morning, Rep. Kevin Brady praised the job numbers and the growth in the labor force, but said House Republicans had a lot more work to do on tax reform. “Working with President Trump and the Senate, we will deliver bold reforms this year that spur job creation, allow workers to keep more of their hard-earned paychecks, and improve the lives of all Americans for generations to come,” he said.

“We have seen real change in the market,” said Edward Batchelor, managing partner at Hardman Batchelor International, an Austin, TX-based search firm. “As a firm that works a great deal in technology and communications we have experience working with strong internal recruiting at our major clients. These internal recruiting teams are overwhelmed currently and challenged with bringing in world class talent. It has really become a candidate’s market and employers are having to raise their compensation and engagement levels to hire top talent.”

“Companies need to focus more attention on retaining top talent because they are currently harder to retain and given the current growth in the economy these roles will be harder to fill,” he said. “It will take longer and likely cost more than the incumbent.”

“Also, with baby boomer retirements now accelerating one on the most significant areas where Hardman Batchelor is seeing growth is in leadership roles,” Mr. Batchelor said. “Companies have often had weak succession planning and this has started to catch up with them and is driving a sudden need to fill more senior roles.”

A company’s workforce is clearly its most valuable asset. The largest expense on any employer’s balance sheet is headcount, and investing in employees and their skills are critical to an organization’s success. Smart employers are acting now to ensure they have the most highly skilled and productive workforce to ensure their organization is prepared for whatever business challenges are coming.