Menu
View our Events
Stay Connected:
You might hate your boss or think you're not paid enough, but if you lack a challenge in your professional life that's the likely trigger to start you on the path to working someplace else. Here's why. 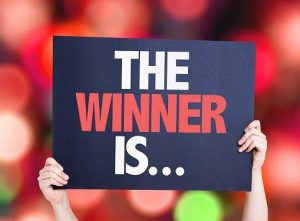 February 6, 2017 – The primary reason professionals are seeking new jobs in 2017 is to find a more challenging position. The quest for greater compensation comes in almost dead last as a reason to leave, according to a new global survey by Korn Ferry.

“These results mirror study after study Korn Ferry has done that show money is not the key motivator for employees,” said Kevin Cashman, senior partner at Korn Ferry. “Professionals who have progressed in their careers have done so for another reason. They’re passionate about what they do and need to feel that they are being pushed professionally and continually learning new skills.”

In a separate Korn Ferry survey, nearly two thirds (63 percent) of professionals said they would prefer a promotion with no raise over a raise with no promotion. Another Korn Ferry survey found that 73 percent said their principal personal driver at work was a job that had purpose and meaning, with only three percent saying income was most important.

The study shows that professionals are on a quest to continually improve their skill sets, something countless other studies have now concluded.

“This is a clear signal for organizations. Offering challenging assignments and development opportunities to grow and learn are critical to keeping top quality talent,” said Mr. Cashman.

The survey shows most professionals think 2017 is going to be a good year for extra compensation, as 75 percent of respondents said they expect to get a bonus this year, and 55 percent think it will be bigger than in 2016.

“While the survey shows compensation is not on the top of the list for personal drivers in the workplace, it is still critical to retention,” said Mr. Cashman. “Bonuses are a tangible way to reward professionals for a job well done, and should be considered in addition to promotions, development and a challenging work environment.”

Another separate Korn Ferry asked executive this: “Given your choice, how long would you plan to continue working for your company?” Perhaps surprisingly, the largest percentage (64 percent) of employees across industries said “more than five years.” By contrast, just 18 percent of employees said they plan on staying two years or less. According to the U.S. Bureau of Labor, the average U.S. employee stays on the job an average of 4.6 years. Millennials, of course, are starting to skew those figures downward, and so are the opportunities presenting themselves from the gig work environment.

How ‘Gigging’ Is Turning the Modern Workplace Upside Down

By 2025, most workers (70 percent) and employers (68 percent) agree that a majority of the workforce will be employed in an ‘agile capacity’ (i.e. contractor, consultant, temp worker or freelancer). It is a movement that is fueling new workforce models that tap into both permanent and agile employees to combat staffing shortages, leverage globalization and fuel greater innovation for organizations ….. Here’s some further reading from Hunt Scanlon Media.

Massive Shift to Contract Employment Underway
More workers are changing their perceptions of non-permanent employment, choosing to pursue agile gigs for greater control, growth and even job security. It is a mindset shift that means anyone can work from anywhere, anytime and on any device, and it is all but killing the traditional nine to five day.

“Leaders who are successful in keeping their best people will need to foster a positive view of future company prospects and opportunities for individual growth and development, focus on structuring work environments to support employees’ success in their roles and leverage employee input to promote high levels of effectiveness, and reinforce the balance between what employees contribute and what they get back from the organization in return,” said Mark Royal, senior principal of Korn Ferry Hay Group.

A separate Korn Ferry study shows that a critical need exists to improve employee engagement. This survey found that across all leadership levels an average of only 36 percent of employees are “highly engaged.” The report also found that leveraging a social responsibility agenda to develop leaders can help reverse this trend.

Tapping into an organization’s social responsibility platform is critically important to attracting, developing and retaining top talent, said Noah Rabinowitz, managing director of Deloitte’s leadership practice. “It provides a source of natural inspiration for people that is tied to the broader mission and purpose of an organization.”

Perhaps the best way to engage employees and retain the best talent at any company is to implement solid career development and successions strategies. But companies are failing to do this. According to research released by global talent management provider Penna, hiring managers are ill-equipped to have career conversations with their direct reports, with nearly a third (31 percent) saying their organization doesn’t provide people management training.

The Penna research also revealed that career conversations are seldom tracked or fed into succession plans, with a third (33 percent) of managers admitting that their organization doesn’t have a formal process for recording and tracking the long term career goals of its employees and 23 percent said information gathered doesn’t get fed into succession planning.

Succession planning seems to be a growing concern to many HR leaders according to multiple recent reports. Seventy four percent of HR leaders have identified leadership succession and speed of development as the primary internal challenges they face, according to a survey by talent solutions provider Lumesse and research company Loudhouse. The identification of ‪tomorrow’s leaders is crucial to mitigate against the loss of critical talent in the future, something that 73 percent of respondents said is the biggest threat to their business over the next 12 months.