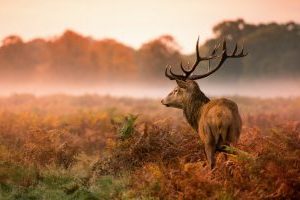 July 24, 2017 – Top leaders for non-profit concerns remain in demand and Koya Leadership Partners has the latest big catch in the sector. Molly Brennan, a founding partner at the firm, has recruited Geoffrey Haskett as the president of the National Wildlife Refuge Association. The organization was seeking an experienced, dynamic, and strategic leader to guide it through a time of transition and growth.

Mr. Haskett, who has been acting president of the organization since early this year, brings extensive experience with the National Wildlife Refuge System. He has previously served as a leader and manager in the U.S. Fish and Wildlife Service, including as regional director of the Alaska region and chief of refuges in D.C.

“Geoff Haskett’s extensive knowledge of the refuge system coupled with his strong leadership and ability to build support for national wildlife refuges will serve both the organization and the organization well,” said Rebecca R. Rubin, chair of the National Wildlife Refuge Association board of directors. “Our new president is deeply knowledgeable about the refuge system; he is committed to our mission; and he has the right skills to advance it.”

Since starting out with U.S. Fish and Wildlife Service in Oregon, Mr. Haskett has devoted his career to the stewardship of public lands. He brings over 38 years of experience as a leader and manager of national programs, resources and staff. He most recently served as regional director of the Alaska region from 2008-2016. During this time, Haskett was appointed by Presidents Obama and Bush as the polar bear commissioner for the U.S.-Russia Polar Bear Commission, a landmark wildlife management cooperative between governmental and native representatives of the U.S. and Russia. He also served as head of delegation for the U.S. at the last four range-states meetings for polar bears in Tromso, Norway; Ikaluit, Canada; Moscow; and Ilulissat, Greenland.

“I have spent my entire career protecting and promoting public lands and am looking forward to this next chapter with an organization that I believe in deeply,” said Mr. Haskett. “I look forward to working collaboratively with our board, staff and partners to continue this incredibly important mission.”

The National Wildlife Refuge Association is an independent non-profit exclusively focused on protecting and promoting the 150 million acres within the refuge system, with stewardship responsibilities bringing the total management responsibilities to over 800 million acres. Founded in 1975, its mission is to conserve America’s wildlife for future generations through programs that protect, enhance, and expand the National Wildlife Refuge System and the landscapes beyond its boundaries.

This is the first search Koya Leadership Partners has conducted on behalf of the non-profit. “We have conducted a wide range of searches in the conservation space, including current searches for American Bird Conservation and the Trust for Public Land, and recent searches for an executive director of Bat Conservation International and Natural Resources Defense Council,” she said. But given the size and scope of this conservation organization, it clearly ranks among the search firm’s top leadership mandates to date.

Koya Leadership Partners is a national executive search and human capital consulting firm that works exclusively with non-profits and social enterprises. This year, the firm is recognized once again as one of the top 50 search firms in the Americas by Hunt Scanlon Media. Koya was recently selected to be included in Hunt Scanlon’s first ranking of the recruiting industry’s top 50 non-profit search specialist leaders. The ranking is a compendium of best-in-class search firms deemed the “most prominent trailblazers” in the field.

Koya has developed a national reputation for identifying executive directors and CEOs across the non-profit sector, including those for Hudson Webber Foundation, The Ralph C. Wilson Jr. Foundation, Girl Scouts in the Heart of Pennsylvania, American Red Cross of Chicago & Northern Illinois, Glazer Children’s Museum, and Tourette Association of America, among many others.

Ms. Brennan has partnered with boards of directors and senior leaders to identify and place leaders for a range of clients, including the William Davidson Foundation, Sierra Club, Right to Play, Slow Food USA and Natural Resources Defense Council. Human rights organization Amnesty International USA recently retained the firm to identify a new executive director. Ms. Brennan and principal Sam Simmons are leading the search. “The organization needs a leader who can bring a wide range of interconnected stakeholders – staff, board, membership, and partners at the international level – together to advance human rights in the U.S. and around the world,” said Ms. Brennan.

Check Out These Related Articles On Search Firms Working With Non-Profits: