Stay Connected:
HR executives and company leaders are optimistic about job prospects for next year, but they worry about finding talent at just about every level. Here’s the latest thinking – and then veteran recruiter Rob Tillman weighs in. 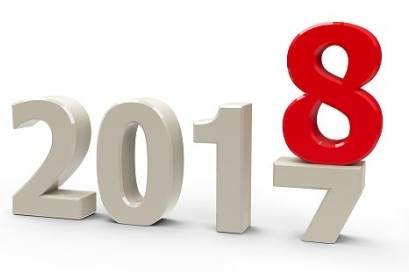 December 5, 2017 – It’s common knowledge that the U.S. unemployment rate is at its lowest level in over a decade. That’s good news, of course. But companies also know that this is the kind of good news that can make the jobs of human resource leaders that extra bit tougher.

It’s not just that competition for talent is fierce. Businesses have other issues to contend with as well – from the economic ups and downs of their respective industries to the new technologies that are transforming the workplace, leading to demand for new skills while making others obsolete. These changes cut across every industry, even if the impact varies.

Still, employers continue to feel quite bullish, according to a recently released report by Indeed, the jobs website. Sixty one percent of the 1,000 HR leaders who were surveyed said they expect to hire more people next year than they did in 2017. By contrast, just 10 percent are planning to reduce their rate of hiring, while the rest plan to maintain current levels.

Much of the demand for workers comes in response to current or projected business success. A total of 56 percent of employers said they are hiring to support business growth, said Indeed, while 31 percent cited a need for a specific skill. Just 13 percent said they are replacing lost staff.

Those surveyed for the report, which was conducted in October, worked for American companies with 100 or more employees.

Most businesses in virtually every industry should see a jump in hiring in 2018, but some will be more aggressive in going after talent than others, according to the report. The most active sectors for recruiting will be architecture and engineering, where 82 percent plan to hire, IT and telecom companies (75 percent) and professional services firms (71 percent).

At the other end of the spectrum, just 55 percent of retail companies and only 41 percent of educational organizations said they plan to recruit more people next year, the report said. Even so, that’s hefty hiring in and of itself.

Comparatively low figures for the retail sector may evoke headlines about the “retail apocalypse.” But Goldman Sachs, at its annual global retailing conference this fall, reported that 76 percent of the retail companies it surveyed had earnings that topped their second quarter estimates, said Indeed. And given that retail occupations account for nearly six percent of employment in the U.S., said the report, that’s still plenty of hiring.

The report also reflected differences across the regions, with the Southwest in particular showing better results than the others. There, three fourths (75 percent) of the companies surveyed are looking to hire more people next year.

The good news for recruiters, at least in urban areas, is that the Southwest is attracting a growing number of people, said Indeed. Many of the fastest growing metropolitan areas in the nation are in the Southwest or the West, according to the Bureau of Labor Statistics. The West, Southeast and Midwest by contrast have similar hiring expectations at 62 percent, 61 percent and 60 percent respectively, according to the report. The Northeast came in last with only 57 percent of the companies saying they anticipated hiring increases.

For all the optimism about jobs that HR leaders expressed, they were less positive about filling all those open roles. Forty two percent, in fact, said they were concerned that they may fall short.

And while much of the conversation surrounding talent shortages revolves around the need to find highly skilled workers, said the report, this issue affects hiring at all levels. Forty one percent of the employers surveyed said that it was their entry-level positions that were hardest to fill.

The Advantages of Holiday Job Hunting In the C-Suite
If you are an executive who is looking to land a new senior-level job, you might want to start your search now rather than wait for the New Year festivities to end. That’s the advice of Dean Trimble, CEO and managing director of Jackson Stevens Resumes in St. Paul.

Hiring for these positions was the biggest challenge for 55 percent of companies in the retail industry and 52 percent of healthcare companies, which already face a nursing shortage, said the survey.

By contrast, 33 percent of the HR leaders voiced concern about hiring middle management, 25 percent reported challenges with senior management and 20 percent pointed to executive level positions as their most difficult hires.

Why are entry-level hires so tough? When it comes to higher-level positions, hiring managers tend to have more flexibility to sweeten the pot with additional money, better perks and stronger incentives for more experienced workers, said Indeed.

With entry-level workers, there is less leeway. The challenge of attracting such candidates may be a sign that it’s time for companies to shift some of their incentives from experienced job seekers to fresh talent, said the jobs website.

When it comes to hiring limitations imposed by financial restrictions, employers in the transportation industry showed the greatest concerns, according to the survey. Here, 40 percent of companies said they worry that they will lack the budget to make the necessary hires.

This concern was also high in the healthcare industry, where staff shortages also lead to high salaries, said the report. Here, 34 percent of the HR leaders surveyed said they shared that worry.

In the retail sector, where salaries tend to be lower, it’s a different picture. Here, Indeed found that 75 percent of retail companies reported that they will have the budget to make the necessary new hires. “Once again, reports of the ‘retail apocalypse’ may not reflect the more complex reality here,” said Indeed. “For companies that need to make strong hires under budget constraints, non-monetary benefits like extra PTO, flexible hours and work from home options can tip the scales for job candidates.”

While most people are optimistic about their industry and business outlook, 27 percent of the HR leaders said they have a general fear of an economic slowdown, according to the report. This fear was most pronounced in the Southwest, where about 36 percent expressed concern the economy falling off.

And professionals in certain industries, meanwhile, were more worried than others. In the manufacturing sector, 54 percent of the HR leaders said they were concerned about a slowdown, said the survey. With finance companies, that number was 52 percent, and for travel and transportation companies, 50 percent.

As Retailers Prepare for Holiday Hires, Pay Growth is on the Rise
According to jobs website Glassdoor, the annual median base pay in the U.S. grew two percent year-over-year last month to $51,556. The pay growth ended a six-month stretch of deceleration.

“Even with these looming fears, companies that are looking forward to a promising year of hiring should start taking steps to prepare for a more competitive landscape,” said Indeed.

It is prudent, said the jobs website, for employers to be strategic about where they find job seekers and how to catch the eye of top talent. The best place to start is with existing employees. Seventy three percent of the companies used employee referrals as their most common source of new hires, said the report. Job sites came in at 71 percent, with recruitment and staffing firms, 51 percent,

Advertising still plays a strong role as well, said Indeed, with 42 percent of companies getting hires through digital ads and 38 percent from print ads.

“I’ve been recruiting for nearly 30 years, and rarely have I been as optimistic as I am right now about the coming year,” said Rob Tillman, founder of executive search firm TillmanCarlson. “Historically, recruiting activity has most closely tracked the consumer confidence index which is now at a 17-year high. With the stock market at all-time highs and tax cuts on the horizon, economic conditions should get even better in 2018,” he said. “While we may be entering the final stages of the economic recovery, the trends we see in the war for talent should become even more pronounced in 2018.”

“The first major trend we’ve seen in the markets is the increasingly greater impact of big data and predictive analytics,” said Mr. Tillman. “Big data and digital is becoming hugely important in hiring CEOs and CTOs for tech companies, but what’s truly amazing is how these influences are impacting nearly every business in every industry.” The speed of innovation is completely changing the competitive landscape, he noted.

The second major trend Mr. Tillman identified is middle market companies winning in the war for talent. “As large corporations have largely recruited established and proven leaders from each other, middle market companies are stepping up and providing more attractive opportunities for leaders to make a meaningful impact and participate in value creation,” he said. He said private equity investors are increasingly in the mix and, with fundraising at an all-time high, leaders can expect to see even more opportunity to lead smaller companies with significant equity plays.

Middle market companies, in fact, are in the crosshairs of behemoths like Korn Ferry – their consultants see an expanding business in finding leaders and general management talent for companies below the Fortune 1000.

Mr. Tillman said he also expects “a pendulum shift” in how companies utilize their talent acquisition teams. “While nearly every company has invested in people and tools to build effective talent acquisition functions, the reality is that the competition for leadership talent and the speed of the markets put internal teams at a disadvantage at the most senior levels,” he said. “As a result, we expect to see more and more companies moving back to working with external recruiting partners.”