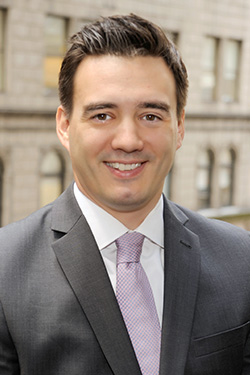 Roger Garceau is a Managing Director in our Solutions Practice Group. Based in the New York office, Roger assists in placing attorneys and paralegals in both law firms and corporate legal departments within the life sciences industry on a project, contract and consulting basis.

He goes out of his way to truly understand his clients and works diligently to match the best candidate to his client’s interim legal recruiting needs.

Prior to joining Major, Lindsey & Africa, Roger spent 10 years working at Aerotek, the largest operating entity within the Allegis Group family of companies. Most recently, Roger was an account executive within Aerotek’s Scientific Division, where he supported the life sciences, chemical & consumer and healthcare industries. As an account executive, he was responsible for business development, client relationships and contract negotiations as well as recruiter development and hiring. Roger helped to lead his office and was also a top performer in his operation.

Roger has a general love for adventure and the outdoors as well as recreational travel around the world.