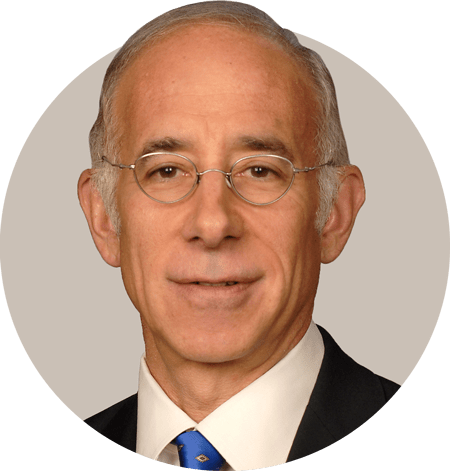 Noah Hanft is a Senior Advisor at BarkerGilmore with deep roots in the global financial services and technology sectors. Recognized worldwide for his skills as an independent arbitrator, mediator, and advisor to companies on dispute resolution strategies, he has devoted his career to finding effective and efficient resolutions for conflict, including litigation. Noah is skilled at attracting and assessing talent, and creating organizational structures that meld with the company’s strategies. His law department at MasterCard was recognized for its problem-solving capabilities, creativity, and ability to work collaboratively both internally and with all business functions.

In 2019, Noah co-founded AcumenADR LLC where he serves as an independent arbitrator, mediator, and advisor to companies on settlement strategies and dispute resolution programs. Previously, he was President and CEO of the International Institute for Conflict Prevention and Resolution (CPR). Under his leadership, CPR won accolades for innovation and development of best and next practices in dispute prevention and conflict resolution. Before CPR, Noah spent 30 years at MasterCard where he served as General Counsel, Corporate Secretary, and Chief Franchise Integrity Officer. In addition to overseeing law, regulatory affairs, public policy, and compliance, he managed the Law & Franchise Integrity consolidated business unit with 500+ global employees and was a member of the company’s Executive and Operating Committees. Noah left MasterCard from 1990 to 1993 to serve as Senior Vice President and Assistant General Counsel at AT&T Universal Card Services. He started his career as a trial attorney with the Criminal Division of the Legal Aid Society in New York City.

Noah is on numerous boards as well as Mediation Panels for the Second Circuit, Southern District of New York, the New York State Supreme Court, Commercial Division, and the EEOC. Additionally, he is a board member of the Network for Teaching Entrepreneurship (NFTE) and a member of the Council on Foreign Relations. Moreover, Noah currently serves on panels of the American Arbitration Association and FINRA and is a member of the CPR Panel of Distinguished Neutrals. In 2012, the Association of Corporate Counsel named him “General Counsel of the Year” at the Global Counsel Awards.

Noah earned his B.A. from American University, School of Government and Public Administration, his J.D. from Brooklyn Law School, and his LL.M. from New York University School of Law in Trade Regulation.