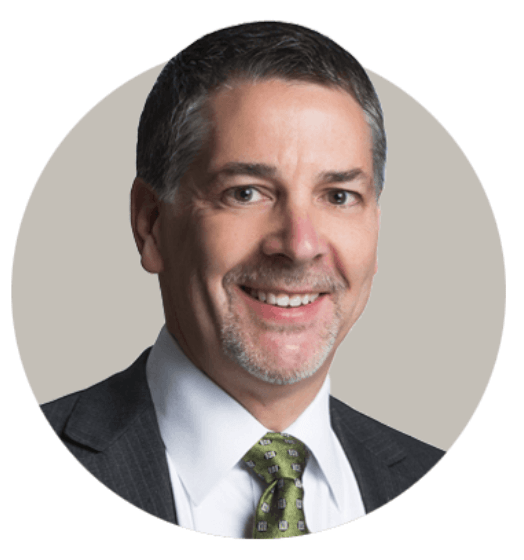 Bob is a co-founder, Managing Partner, and Chair of the Industrial Practice at BarkerGilmore. He brings over three decades of executive search and international business experience to his clients. Bob has successfully managed General Counsel and Chief Compliance Officer engagements for mid-sized to Fortune 500 companies, including consumer, energy, financial, healthcare & life sciences, industrial, non-profit, technology, and private equity industries. Clients rely on Bob for advice and counseling both during and after the engagement.

Bob has been instrumental in expanding BarkerGilmore’s services to include advising and leadership development. He assembled a team of distinguished former Fortune 500 General Counsel and Chief Compliance Officers from some of the most highly respected public and private corporations to advise companies and individuals.

Before co-founding the firm, Bob was the North American Sales Manager for the Imaging and Printing Group at Hewlett-Packard. He achieved the highest recognition in the company and was awarded membership into HP’s President’s Club.

Bob is a strong advocate for workplace diversity and has been actively involved in the firm’s Women and Diversity Practice. Also, his writing has been published in Bloomberg, Corporate Board Member, Corporate Counsel, and he has been interviewed by The Wall Street Journal and numerous other media outlets.

Bob earned his B.S., with honors, in Marketing from the Rochester Institute of Technology. He currently resides in Fairport, NY, with his wife Cheryl and dog Roxie. When not in the office, you will likely find Bob at his cottage on Keuka Lake.