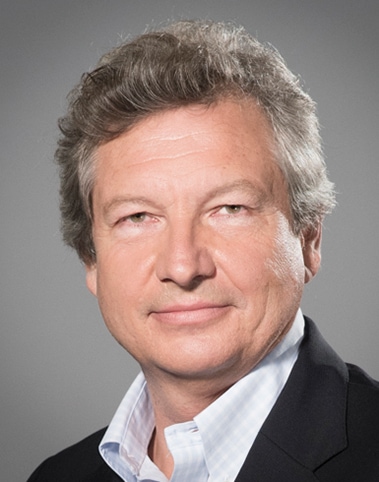 Michel Felisa is Managing Partner at NGS Global since December 2019 and is based in the Paris office.

Mr. Felisa brings more than 30 years of experience at senior level positions that includes 10 years as an executive coach. His background covers P&L responsibilities in multicultural environments within global corporations. He has led coaching and learning assignments in a broad range of sectors helping executives to unlock their potential and achieve their professional objectives by enhancing their managerial skills.

Prior to joining NGS Global, Mr. Felisa was with CrossLinks Executive Search where he owned the executive leadership and coaching responsibilities. His professional background includes Director of Licensing EMEA at Fisher-Price, Managing Director of Annick Goutal Fragrances where he conducted a reorganization of the company to enhance profit margins, and Vice President of Licensing at Per Spook, a Norwegian designer from the French Chambre Syndicale de la Haute Couture where Mr. Felisa managed the global strategy. Earlier in his career, Mr. Felisa was General Manager of Descamps in New York, led the brand’s expansion in the US, as well as launched his own interactive communications agency.

Mr. Felisa earned a graduate degree in International Business from EBS – European Business School. He is certified by Transformance (Coaching and Teambuilding program), a recognized practitioner by Carl Rogers study group and a certified member of EMCC (European Mentoring and Coaching Council).