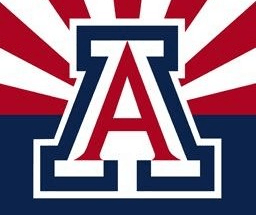 September 27, 2016 – Executive search firm R. William Funk & Associates has been selected by the University of Arizona to finds its next president. The board of regents has previously announced UA president Ann Weaver Hart’s decision not to seek an extension to her current contract as president. Recruiting firm founder and president R. William Funk will lead the assignment. His firm has recruited more presidents to AAU land-grant universities than any other search firm. He has deep experience recruiting leaders to universities with major health science and medical centers.

“I am pleased to announce the selection of R. William Funk & Associates as the consultant to support the board as it selects the next president of the University of Arizona,” said Eileen Klein, Arizona board of regents president. “The university is an incredible asset to our state. I have the utmost confidence in Mr. Funk and his firm’s abilities to find the best leader for this exceptional university. He is committed to taking into account the needs of the university, the faculty and the community, as well as the thoughts and wishes of those who hold the university and its students close to their hearts. I look forward to working with him in the search.”

Mr. Funk said he was honored to be chosen to conduct the search and that a commitment to diversity would be the centerpiece of his approach to the assignment.

In the coming weeks, the board said it will select and announce its search advisory committee members, approve and and make public search guidelines and publish a position leadership profile. The board anticipates a new president will be selected and in place by next summer.

Founded in 1885, the University of Arizona was the first university in the Arizona Territory. The university includes the Banner University Medical Center Tucson, which operates a separate four-year M.D. college in downtown Phoenix. Total enrollment is more than 42,100 students, with the largest freshmen class ever at 8,100 students in 2015. The school offers 334 fields of study leading to bachelor’s, master’s, doctoral, and professional degrees.

William Funk & Associates is an executive search firm specializing in higher education executive recruitment. The firm, located in Dallas, TX, has conducted more than 400 searches for university and college presidents and chancellors over the last 35 years.

Searching for academic leadership is now akin to searching for leaders for any business enterprise. As such, as the new academic year begins, colleges and universities continue to turn to executive search firms to fill their most senior level roles. And search firms have stepped up, with some 150 recruiting specialist outfits now serving just the academia sector alone.