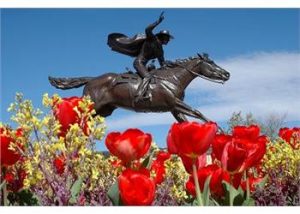 February 28, 2017 – Executive search firm Wheless Partners has been tapped by Texas Tech University to lead its search for a new provost. Past provost Lawrence Schovanec left the post to become the 17th president of the university. Michael Galyean, dean of the College of Agricultural Sciences & Natural Resources, is currently serving as the school’s interim provost. Mike (JR) Wheless is leading the assignment.

The provost is the chief academic officer of Texas Tech University responsible for the overall academic mission of the university. This involves working with the president, deans, faculty, staff, and students to promote academic excellence throughout the institution.

Specifically, the TTU provost reports to the president, and is the most senior advisor on all academic matters. The selected provost will combine character, integrity and trustworthiness, according to the university, with an exceptional array of skills, abilities and the vision, initiative, passion and energy to make an impact.

Provost candidates will possess an earned terminal degree from an accredited institution and a record of research and scholarly excellence meriting appointment as a full professor with tenure in a university academic department as well as an accomplished record of achievement in extramural funding.

The flagship institution of the TTU System, Texas Tech is a public, state-designated comprehensive national research university. It ranks at the highest level [Tier 1] of Carnegie-classified (Highest Research University) doctoral granting universities, one of 115 U.S. institutions with this designation. The school currently enrolls 36,000 students.

“Given the numerous challenges higher education faces today, leadership for public colleges and universities has never been more imperative,” said search firm chief executive Mike Wheless. “Yet leadership development and succession planning in public higher education is lacking. Leadership development programs do not typically seek to assess, develop and improve leadership behaviors from the perspective of presidents or chancellors who have successfully performed this role in a systematic manner.” This isn’t only a problem in higher education ….. Here’s some further reading from Hunt Scanlon Media.

Companies Lacking In Career Development & Succession Planning Efforts
The identification of tomorrow’s leaders is crucial to mitigate against the loss of critical talent in the future – and this is making succession planning a top concern and growing internal corporate challenge.

Also in October, Wheless Partners merged with Minnesota-based search boutique Chandler Group. Established in 2001, Chandler had practice groups, including healthcare, non-profit, technology, board of directors, that dovetailed nicely with the firm’s offerings.

The hunt for university leadership has been heating up — especially the search for provosts and chancellors.

This past fall, Academic Search was tapped by California State University Channel Islands (CI) to lead its search for a provost. Senior consultant Dr. Ann Die Hasselmo is leading the assignment. Emory’s search committee is looking for visionaries to make it the go-to place for policymakers, students and researchers.

Heidrick & Struggles was also recently retained by Emory University to fill the college’s provost / chief academic officer position. Emory’s search committee is looking for a visionary to make it the go-to place for policymakers, students and researchers. The provost search advisory committee — co-chaired by professors Carol Anderson and Carlos del Rio — is working with search consultants from Heidrick to identify a slate of experienced candidates for Emory’s seventh provost and chief academic officer.

Isaacson, Miller has just taken on the chancellor search for The University of California, Davis. Past chancellor Linda P. B. Katehi resigned amid allegations that she used university money to eliminate negative online search results about the institution.