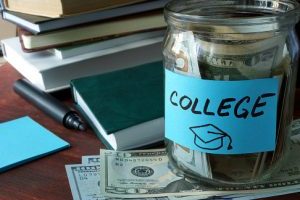 “The presidential search committee and the WKU board of regents spent countless hours over the last 11 months identifying the attributes we believe are the most critical in our next president to assure the continued growth and relevance of WKU,” said Frederick A. Higdon, board of regents chair. “Dr. Caboni’s blend of academic and administrative experience and his expertise in external relations have prepared him well to lead WKU’s next chapter and build on the remarkable transformation we’ve achieved over the past 20 years.”

Mr. Higdon said the search committee was engaged, asked tough questions throughout the process, and represented its constituents appropriately.

Dr. Caboni is currently vice chancellor of public affairs at the University of Kansas, and said he was excited about returning to lead his alma mater. He earned a master’s degree in corporate and organizational communications from WKU in 1994.

“It will be an honor and privilege to serve as WKU’s 10th president,” Dr. Caboni said. “I am thankful to the search committee and the WKU board of regents for their vote of confidence. Great universities inspire innovations, elevate communities and transform lives. That will be our guiding mission as we lift our students, our region and our world.”

Dr. Caboni has served as the principal spokesperson at the University of Kansas since 2011 and oversees the communications, marketing and advocacy efforts for the university’s five campuses and the KU Medical Center. Prior to his arrival at KU, he was associate dean of the Peabody College of Education and Human Development at Vanderbilt University. His 23-year career in higher education includes positions in alumni relations, fundraising, teaching, academic administration, communication, marketing and government relations.

WKU is a public university in Bowling Green, KY. It was founded by the Commonwealth of Kentucky in 1906, though its roots reach back a quarter century earlier. With more than 20,000 students, the school is home to many highly ranked and nationally-recognized academic programs such as journalism and broadcasting, education, engineering, business and its award winning speech and debate team.

A Specialist In Finding Educational Leaders

A devoted recruiting specialist in the education sector, more than half of Isaacson, Miller’s placements, some 2,800 assignments, have been in the academic sector, consisting of university presidents, college chancellors and deans. It has filled top leadership posts at Wellesley College, Washington State University, Miami University, Howard University, Bowdoin College, Dartmouth, NYU, Virginia State University, and the University of North Carolina, among a host of others.

Just recently, the firm placed Vincent Edward Price as the 10th president of Duke University. Mr. Price, an academic who is widely known for embracing diversity, served as provost of the University of Pennsylvania. The firm’s active founder, John Isaacson, led that search along with vice president Jane Gruenebaum and vice president John Muckle. Over the past five years, Isaacson, Miller has filled a number of other important leadership posts at Duke, including provost; president of the Duke University Health System; dean of the Nicholas School of the Environment; dean of its School of Medicine; and dean of Trinity College of Arts & Sciences.

Isaacson, Miller was also recently retained by The Juilliard School to lead the search for its seventh president. For the last 32 years, Joseph Polisi has served as the organization’s president. The school hopes to have a new leader in place by next summer. Mr. Isaacson is leading that search as well, along with vice president Sheryl Ash and associate Cortney Tunis.