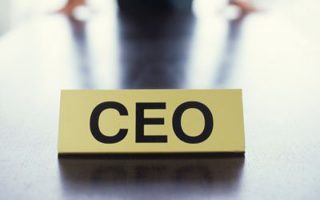 November 30, 2016 – Monster Worldwide, Inc., has appointed Mark Stoever as its new chief executive officer. He succeeds Tim Yates, who is departing Monster after serving as CEO for the last two years.

Mr. Stoever, currently Monster’s president and chief operating officer, has served in increasingly senior roles since joining the company in 2005. Before being named COO in 2014, he held several leadership positions, including executive vice president corporate development and internet advertising since 2011. From 2008 to 2011, he was EVP of corporate development and strategic alliances and he has overseen Internet advertising and fees since 2005.

Prior to joining Monster, he served as president and CEO of Lycos, the early dot-com search engine and web portal which became one of the most visited global online destinations. He also serves on the board of directors for Panera Bread and the Massachusetts High Technology Council.

“I’m honored to lead Monster at this incredibly exciting time,” said Mr. Stoever. “With the support of Randstad, we now have a tremendous growth opportunity ahead of us. We are uniquely positioned to accelerate the transformation of Monster to deliver new and powerful ways to connect jobs and people. I look forward to working with this exceptional and dedicated organization to write the next chapter of Monster’s history.”

“I can think of no one better to lead Monster,” said Mr. Yates. “Mark possesses a winning combination of indispensable knowledge of the recruiting marketplace, company, and its operations, with deep focus and broad leadership. He is eminently qualified to take on this role and spur a new era for Monster.”

Earlier this month, Amsterdam-based human resource services provider Randstad Holding completed its acquisition of Monster. Under the terms of the deal, Randstad paid $3.40 per share in cash, or a total purchase price of approximately $429 million. Randstad intends to extend and build upon a comprehensive portfolio of HR services. Randstad, which reported $21.3 billion in revenues last year, currently has a presence in 39 countries and employs around 29,000 staff worldwide.

Founded in 1994, the same year as Yahoo! — another industry ‘disrupter’ that has seen its business fortunes slip away — Monster overhauled the way people searched for jobs, using the Internet as a primary tool. During two boom cycles starting in 2000 and again in 2006, Monster hit its zenith in market value of almost $8 billion. It even acquired rival HotJobs, then owned by Yahoo, for $436 million in 2002.

As a result of the acquisition, Monster’s common stock ceased trading on the New York Stock Exchange and is no longer listed there. The company will continue operating as a separate and independent entity under the Monster name.

Check Out These Related Articles On Naming New Leaders: