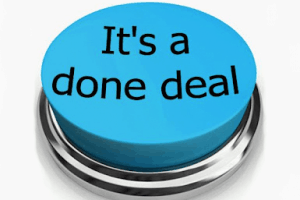 November 2, 2016 – Amsterdam-based human resource services provider Randstad Holding has completed its acquisition of Monster Worldwide. Under the terms of the deal, Randstad paid $3.40 per share in cash, or a total purchase price of approximately $429 million.

By leveraging Monster’s multiple distribution channels to bridge two different but complementary parts of the extended recruiting industry, Randstad intends to extend and build upon a comprehensive portfolio of HR services. Randstad, which reported $21.3 billion in revenues last year, currently has a presence in 39 countries and employs around 29,000 staff worldwide.

Last week, activist investor MediaNews Group (MNG), the largest shareholder of Monster Worldwide, released an open letter to Monster shareholders along with definitive consent solicitation materials filed with the Securities and Exchange Commission (SEC) announcing its intent to make a cash tender offer for up to 8,925,815 shares of common stock at a price of $3.50 per share. MediaNews Group looked to double its stake in Monster in the effort.

Tim Yates, Monster’s CEO, called the offer “yet another attempt by MNG to derail Monster’s transaction with Randstad” in order to take control without paying a control premium to all Monster stockholders. He said that MNG’s indication of a partial tender offer to acquire a limited number of Monster shares “is a common activist tactic” that would risk the ability of all stockholders to realize immediate and certain cash value. The tactic apparently didn’t work.

“In an era of massive technological change, employers are challenged to identify better ways to source and engage talent,” said Jacques van den Broek, chief executive officer of Randstad. “With its industry leading technology platform and easy to use digital, social and mobile solutions, Monster is a natural complement. The transaction is aligned with our tech and touch growth strategy and reflects our commitment to bringing labor supply and demand closer together to better connect the right people to the right jobs. We look forward to welcoming the Monster team and working together to shape the evolving global job industry.”

Founded in 1994, the same year as Yahoo — another industry ‘disrupter’ that has seen its business fortunes slip away — Monster overhauled the way people searched for jobs, using the Internet as a primary tool. During two boom cycles starting in 2000 and again in 2006, Monster hit its zenith in market value of almost $8 billion. It even acquired rival HotJobs, then owned by Yahoo, for $436 million in 2002.

As a result of the acquisition, Monster’s common stock ceased trading prior to market open yesterday on the New York Stock Exchange and is no longer listed there. The company will continue operating as a separate and independent entity under the Monster name.

Check Out These Related Articles On Search Firm M&A Activity: