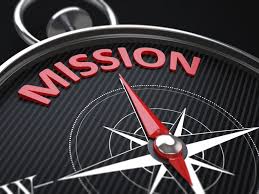 September 7, 2016 – Russell Reynolds Associates has recruited Melanie Waters as chief executive officer of Help for Heroes. Founder Bryn Parry had previously announced that he will be stepping down at the end of the year.

The company sought an experienced, forward-thinking and progressive leader to pilot the organization through a growth and expansion phase. Russell Reynolds was brought in last spring to help.

Ms. Waters, who will join the organization in November, currently serves as CEO of The Poppy Factory, which provides employment opportunities for disabled veterans. She was previously business director for the student accommodation business The Unite Group and has also worked for the Automobile Association in a variety of roles. Ms. Waters is a member of the executive committee of Cobseo, the Confederation of Service Charities, and a commissioner of the Big Lottery Fund grant-giving body Forces in Mind Trust.

“Melanie brings with her energy and a proven track-record of results,” said Alex Scott-Barrett, Help for Heroes trustees chairman. “Experienced in both the commercial and charitable sectors, she is a natural leader with expertise in both strategic and operational areas.” This, he said, will be crucial as the Help for Heroes team drives the next stage of the charity’s development.

“I have worked alongside Melanie in Cobseo and The Poppy Factory for several years,” said Mr. Parry. “She brings extensive knowledge and skills from both the commercial and third sector and is a much respected leader of a partner charity. She is passionate about helping ‘the blokes’ — the wounded, injured and sick servicemen, women and their families and is fully cognizant of the responsibility to them that this role brings.”

Founded by Bryn and Emma Parry in 2007, Help for Heroes has grown to become one of the best known charities in the U.K. What was initially a fundraising and grant-giving charity now delivers its own recovery programs direct to beneficiaries, with the capacity and capability to support British armed forces’ service personnel and veterans who have had life-changing injuries, both physical and mental, as a result of conflicts, training exercises and the rigors of normal service.

Russell Reynolds has been one of the more active recruiters serving non-profit organizations in recent months. Here’s a look at some of the searches the firm’s recruiters are currently involved in:

Check Out These Related Articles On Searching for Mission-Driven Leaders: