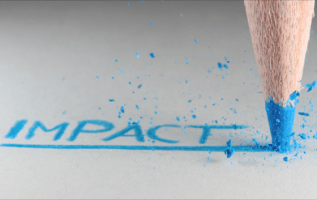 August 2, 2016 – As Millennials continue to populate workplaces around the country, what is most important to them when looking for a job may come as a surprise. The ability to make an impact on the businesses they work for matters most to Millennial employees, according to the recent ‘Millennials in the Workplace’ survey released by the Futurestep division of Korn Ferry.

In the survey of nearly 1,000 executives from around the globe, only three percent of Millennials said that income was most important. Rather, when asked what will make a Millennial choose one job over another, 38 percent said “visibility and buy-in to the mission and vision of the organization.”

The survey also found that consistent feedback is key to managing Millennials, with three quarters of respondents saying this generation needs more feedback than other generations. However, only 13 percent of respondents said they offered more feedback sessions to this group, and less than half offered mentorship opportunities. Both are seen as vital as Millennials weigh their work options and set off on their careers.

“It’s clear that Millennials want to know what their organization stands for and how they can impact the company’s mission,” said Jeanne MacDonald, Futurestep president of global talent acquisition solutions. “It is often difficult for older managers to find or take the time to offer the feedback that Millennials crave, but it is critical in helping them understand how their role fits into the greater organizational strategy.”

“It’s important to note that as an archetype, Millennials will stay engaged and productive if they feel they are valued,” said Ms. MacDonald. “Bosses of other generations who feel they show their own worth by working long hours need to understand this is not the case for Millennials and respect their time on and off the job.”

When asked with which generation Millennials work best, Gen X (those born in the early 1960s to the early 1980s) and Gen Z (those born in the mid-1990s on) tied for the top spot at 44 percent each. Baby Boomers came in a distant third at 12 percent. This flies in the face of past research from a number of other organizations that have shown a close and respectful working relationship between these two generations.

“Organizational leaders who understand the differences in the work styles and preferences of employees in different generations can uncover unconscious biases to foster greater collaboration and success,” said Ms. MacDonald.

Here’s a closer look at some of the more relevant data from the Futurestep report:

Expect a large and growing number of Millennials to continue streaming into the workforce in coming months.

Sixty seven percent of employers say they plan to hire recent college graduates in coming months, a rise from last year and the strongest Millennial hiring outlook since 2007, according to a survey from CareerBuilder. The study found that more than a third (37 percent) of employers plan to offer recent college graduates higher pay than last year, with 27 percent reporting that they will pay a starting salary of $50,000 or more.

“In addition to an improving economy, we are beginning to see a rising number of retirements, which is creating more room for advancement and creating opportunities for entry-level candidates,” said Rosemary Haefner, CHRO for CareerBuilder. “But just because there are vacancies doesn’t mean college students are always ready to fill them.”

What traits are companies looking for in Millennials?

A separate study from Futurestep shows that learning agility — defined as the ability to learn from experiences and apply those learnings to new roles — was considered by 43 percent of hiring manager respondents as the top attribute they seek in freshly-minted college graduates. Problem is: learning agility virtually tied (30 percent) with business acumen (31 percent) as the largest skills gap among Millennials.

“The pace of today’s global, always connected business environment is frenetic,” said Vivienne Dykstra, Futurestep business development director EMEA and global SME for its graduate practice. “Organizations need employees who can keep up, change and innovate as circumstances evolve. The best hiring and development initiatives have a focus on learning agility.”

Check Out These Related Articles On Recruiting Millennials:

What to Ask Yourself When Making a Diversity Hire 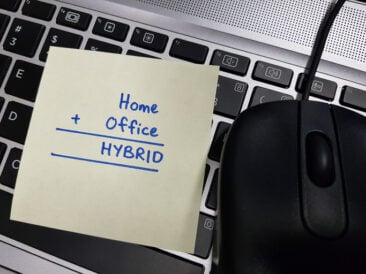 With Companies Returning to the Office, Many Employees Continue Working From Home