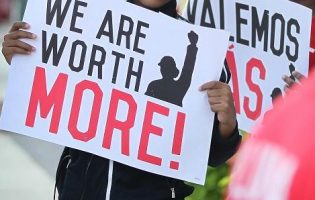 August 16, 2016 – The U.S. economy is expected to add 7,232,517 jobs over the next five years, a healthy five percent increase. But a new study just out from CareerBuilder and Emsi shows that workers in middle wage jobs may not find as many opportunities. For the middle class, mounting pressures are likely to continue well into the second decade of this century.

High wage and low wage occupations are each projected to grow five percent from 2016 to 2021, but middle wage jobs are only estimated to grow three percent. At the same time, 61 percent of the 173 occupations expected to lose jobs over the next five years are in the middle wage category.

“The U.S. is facing a sustained trend of declining middle wage employment that has serious implications not only for workers, but for the economy overall,” said Matt Ferguson, chief executive officer of CareerBuilder. “If we can’t find a way to re-skill and up-skill workers at scale, middle wage workers will become increasingly susceptible to unemployment or will have to move into lower paying roles that may not support them and their families. This can have a negative ripple effect on consumer spend, housing, investing and other key financial indicators.”

For the purpose of this study, CareerBuilder and Emsi defined low-wage jobs as those that pay $13.83 per hour and below; middle wage jobs earn $13.84 to $21.13 per hour; and high-wage occupations make $21.14 per hour and higher.

The following is a list of occupations that rank among the top for projected growth or declines in employment for each wage category from 2016 to 2021. Each of the growing occupations listed are those adding at least 50,000 jobs over the next five years. 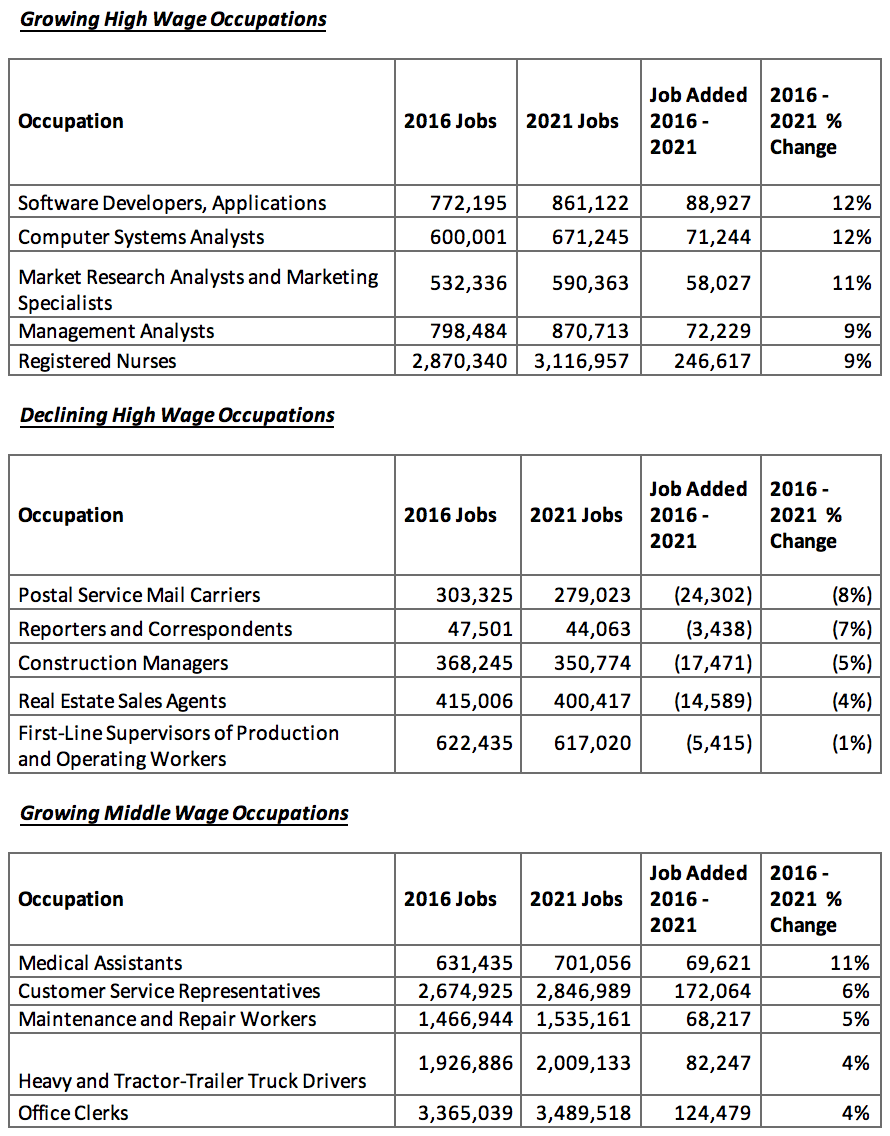 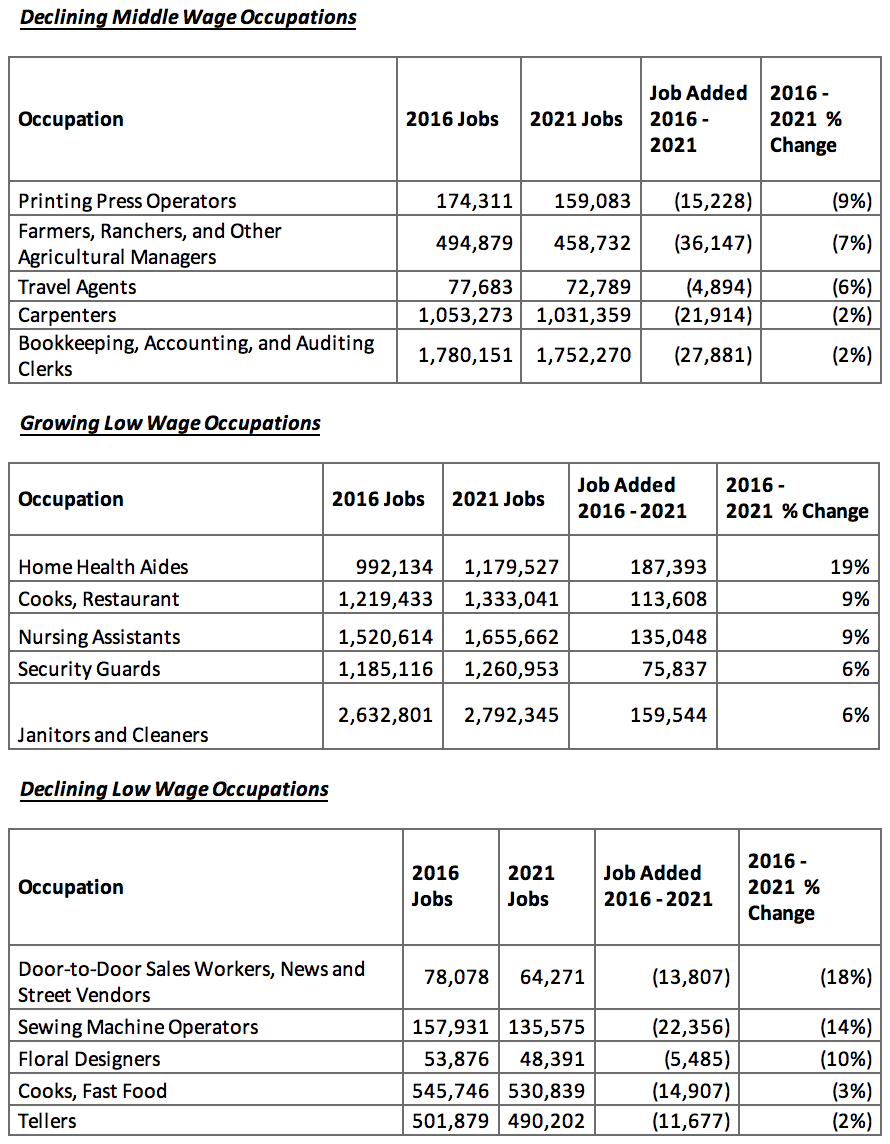 A number of recent reports have put wages in a favorable light. According to the Korn Ferry Hay Group ‘2016 Salary Forecast study,’ workers are expected to see wage increases of 2.5 percent, the highest in three years.

Despite these upbeat reports, workers still feel that they need to change jobs to get a decent pay raise.