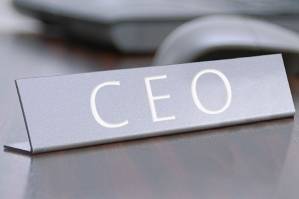 “Matt is a lifelong learner, bright, inquisitive and entrepreneurial,” said Ms. Campbell. “He impressed me from the first call we had. Matt has strong leadership, marketing and operational skills. He has launched companies, brings experience in both branded and private label businesses and is passionate about organic products.”

The search came about through Onstott’s membership in the IMD International Search Group, which has over 40 offices in more than 20 countries. Ms. Campbell explained that she received a call from Anne Debieuvre of Sirca Executive Search, Onstott’s partner company in Paris. “Anne had been calling on Cémoi Group (based in Perpignan, France), and found that the company was opening a North America subsidiary, and would be hiring a CEO for North America,” said Ms. Campbell. “I had completed a very similar search for German yogurt company Ehrmann, when they launched Ehrmann USA. Knowing this, she contacted me directly.”

Earlier this year, Cémoi established its presence in North America with the purchase of Chris Candies, a Pittsburgh, PA-based private label and contract manufacturing company, with premium, organic and low-sugar offerings. Aligned with the trends of healthy eating and fair trade, Chris Candies reinforced the values of Cémoi in the North America market, said Ms. Campbell.

The CEO search, which focused on the U.S. and Canada, did pose some challenges. One of them was that Cémoi’s acquisition of the Chris Candy manufacturing plant essentially established Pittsburgh as the company’s headquarters in North America. “The location was somewhat challenging as most CPG companies are in Chicago and the New York area, and relocation for some was not an attractive option,” said Ms. Campbell.

Also, finding just the right type of person was essential. “Cémoi has a very defined culture and philosophy,” said Ms. Campbell.” Their team members are proud and passionate. They are chocolate enthusiasts, bent on producing the highest quality products. Most importantly, they respect everyone who plays a role in the chocolate chain of production – the growers, the suppliers and all of the employees. The culture fit was a necessity.”

The search was completed in 90 days. “We introduced four finalist candidates, all of whom met with third-generation owner and chairman/CEO Patrick Poirrier at the Sweets and Snacks Expo in Chicago,” said Ms. Campbell.

In winning the job, Mr. Cooper made an impression beyond just his resume. “There was an immediate rapport with Patrick Poirrier,” said Ms. Campbell. “Matt speaks conversational French, and he is studying to become fluent in order to conduct business. That’s just one example of the passion he has for his new role.”

Mr. Cooper was co-founder and CEO of Acatar, a Carnegie Mellon-affiliated company, which offers next-generation educational technology and an online degree platform, applying research in the science of learning. Prior to that, he was vice president of Education Management Corp. (EDMC), a for-profit post-secondary school company. Among other roles, Mr. Cooper was co-owner and general manager of Good Karma Foods, which specializes in organic, gluten-free, dairy-free, vegan, and kosher consumer products and ingredients, and general manager of the frozen food division for the Hain Celestial Group, a natural and organic foods company.

He started his career with traditional CPG companies. He was general manager of frozen snacks and channels for HJ Heinz and senior brand manager for Nabisco. He also holds a bachelor’s degree from the U.S. Air Force Academy and an MBA from the University of Texas at Austin.

The Cémoi Group owns 15 factories and four warehouses around the world. It is the largest French chocolate manufacturer and the 26th globally.