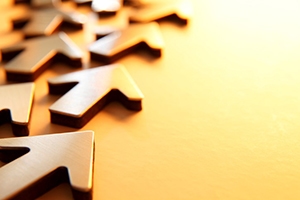 November 20, 2018 – Executive search firm Odgers Berndtson has expanded the size of its technology practice with the additions of Kevin Anderson and Doug Gladstone as partners and Lauren Claypool as a principal.

“We’re excited to be increasing our footprint in this critical area and to be expanding our presence in San Francisco, Dallas and D.C.,” said Steve Potter, CEO. “Doug, Kevin and Lauren each have extensive experience identifying human talent in the world of technology. They will work closely with Lisa Hooker, Kathryn Ullrich and Sally Drexler, and will significantly bolster our capabilities in the space.”

Mr. Anderson, who will be based in Odgers Berndtson’s Dallas office, specializes in private equity- and board-driven search mandates, particularly CEOs, CFOs, C-suite executives and directors. He will also integrate with Odgers Berndtson’s industrial, energy and consumer practices, all of which have significant tech demands. With more than 25 years of experience in senior-level executive search, Mr. Anderson was previously with Korn Ferry and Heidrick & Struggles. He served as co-leader of the IoT specialty practice for Heidrick & Struggles and was also the founding partner of the firm’s Austin, TX office, where he created a strong communications, semiconductor, IT services, software and technology market presence in the Southwest.

“We’re delighted to welcome Kevin to the firm,” said Mr. Potter. “He has done excellent work with venture capital, private equity and board-directed C-level searches, particularly for chief technology and chief information officers, and his knowledge of technology’s pan-industrial implications for talent recruitment is extraordinary.”

Mr. Gladstone will be based in Odgers Berndtson’s San Francisco office. He joins the firm from Calibre One, an executive search boutique focusing on the tech sector, where he was a vice president. As the former CFO of America Online Music and the leader of PricewaterhouseCoopers’ Financial Operations Advisory Group, Mr. Gladstone brings a consultative approach to his clients, working extensively with both growth-mode and Fortune 1000 public companies.

“Doug is a really exciting hire for us,” said Mr. Potter. “His previous experience as a financial professional and consultant allows him to uniquely measure client needs and offer them a full suite of advisory and recruiting services and his experience recruiting CFOs into software and Internet companies hugely expands our capacity in that space.”

Ms. Claypool joins the Odgers Berndtson’s Washington, D.C., office as a principal. Her background is in recruiting for cybersecurity, IT risk and privacy. She was previously a division director at SLAIT Consulting, an IT and security consulting organization. Prior to that, she held positions at Alta Associates, an executive search boutique focusing on cybersecurity, IT risk and privacy, and the Matlen Silver Group, an IT staffing firm.

“Lauren is going to play a big role on our team,” said Kathryn Ullrich, a Silicon Valley- based partner. “We’re especially excited about her experience recruiting in the cybersecurity and IT risk spaces.”

For more than 50 years, Odgers Berndtson has delivered executive search, leadership assessment and development strategies to organizations globally. The firm’s 250-plus partners cover more than 50 sectors and operate out of 59 offices in 29 countries. The U.S. wing of the firm launched in 2011 and is one of the fastest growing search firms in the Americas. Odgers Berndtson currently has U.S. offices in Atlanta, Austin, Boston, Chicago, Dallas, Denver, Houston, Los Angeles, Miami, Minneapolis, New York, Philadelphia, San Francisco and Washington, D.C.

Odgers Berndtson has seen a wave of growth in recent months. Last month, the recruiting firm opened a new office in Atlanta with the additions of Mats-Ola Bydell and Christopher Grahn. The Atlanta office will be led by Mr. Bydell, who joins Odgers Berndtson as a partner in the industrial practice. He specializes in board and senior executive succession for both large and mid-cap global companies, and has extensive experience providing executive search and talent solutions to North American and global European-headquartered clients. Mr. Bydell comes to Odgers from Korn Ferry, where for 10 years he was a senior client partner in its global industrial market

Odgers Berndtson Recruits CEO for the Port of Gulfport