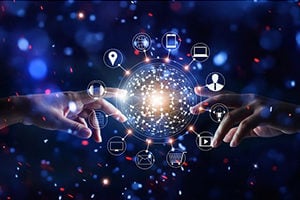 August 10, 2018 – Executive search firm Odgers Berndtson has continued its recent expansion with the addition of Nicole Phillips as a partner in the firm’s retail and consumer practices. She will be based in the New York City office.

“We’re delighted to have Nicole with us,” said Diane Lavietes, head of Odgers Berndtson’s retail and consumer practices in the U.S. “As we expand our reach in the U.S., having someone with Nicole’s 20-plus years of executive search experience is a real win for Odgers.” Ms. Phillips joins Odgers Berndtson from DHR International, where she was a partner in the global retail & consumer practices.

She recruits across a range of functions with an emphasis on marketing, merchandising and digital.

A former industry executive, Ms. Phillips has extensive experience with both pure-play digital firms and e-Commerce extensions of brick-and-mortar companies. Previously, she was director of leadership talent at LimitedBrands, where she built the firm’s in-house executive search function and recruited numerous senior executives to the business. During her career, Ms. Phillips has also held positions at CTPartners, Heidrick & Struggles and Korn Ferry.

“As one of the fastest growing search firms in the country, Odgers Berndtson has significant momentum,” said Ms. Phillips. “I’m thrilled to be part of the team and look forward to playing my part in further strengthening the consumer and retail practices.”