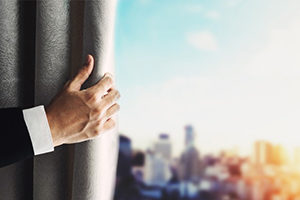 July 27, 2018 – Executive search firm Odgers Berndtson has continued its recent expansion with the opening of new offices in Miami and Denver. The Miami office will expand the firm’s professional services, hospitality and human resource practices and serve as a bridge between its locations in North America and Latin America.

With offices already in Austin, Houston, Dallas, Los Angeles and San Francisco, the firm’s Denver office will intensify the firm’s multi-functional presence west of the Mississippi. Odgers Berndtson now has 13 offices in the U.S.

“More than a thousand multinational corporations have their Latin American headquarters in Miami,” said Steve Potter, CEO of Odgers Berndtson U.S. “Add to that its tourism, cruise economy and heavy concentration of Latin American banks and private equity firms, and it’s pretty clear why Miami was an obvious next step for us.”

“As for Denver – it’s one of the fastest growing cities in the country,” he said. “Tech employment in Denver is up 74 percent since 2010, and it’s also got significant presence in energy, advanced manufacturing, aerospace and bioscience, among others. We look forward to making an impact in Colorado.”

Mary Campagnano will lead the Miami Office. Ms. Campagnano, who recently founded Odgers Berndtson’s Dallas office, is a partner and key member of the firm’s professional services practice in the U.S. She is also a member of the firm’s industrial and hospitality & leisure practices. Prior to joining Odgers Berndtson in early 2016, Ms. Campagnano was a managing partner at Austin Allen coming out of Russell Reynolds Associates.

“Odgers Berndtson already has significant relationships in Florida,” said Ms. Campagnano. “But we’re now better situated to leverage that network for the benefit of both our clients and candidates. We’ll offer our full suite of services in Miami, including succession planning, executive assessment and C-suite and board of director’s recruitment.”

Joining Ms. Campagnano in Miami will be Francis Luisi, head of the firm’s HR practice in the U.S. Well known in the human capital and executive search worlds, Mr. Luisi frequently appears in the Wall Street Journal, Fortune, Fast Company, and HR Executive, addressing human resource and human capital issues. He is a member of HRPS, SHRM and World at Work, among others groups. He also serves on the board of directors at the Center for HR Management at Florida State University and is a member of the FSU Foundation. Mr. Luisi will divide his time between the Miami, New York and Houston offices.

Denver’s office will be led by Jennifer Biehn, who recently joined Odgers Berndtson as a partner in its education & sports practices. Previously, Ms. Biehn was at DHR International, where she co-led the education practice, expanding its business with research-intensive universities and generating significant revenues. Before that, she was a consultant at Witt/Kieffer, where she led senior-level searches for a wide array of organizations, associations and foundations in a number of sectors including sports, entertainment, non-profit and higher education.

“Gone are the days when Colorado was just known as the land of fantastic skiing,” said Ms. Biehn. “We’ve got one of the fastest growing economies in the country, we are a hub for innovation, and we have an exceptionally well-educated population. Odgers Berndtson’s commitment to building strong and lasting partnerships aligns beautifully with Colorado’s collaborative and inclusive business culture.”

The firm began the year with the addition of four experienced and well-established executive search professionals to the firm: Richard Kim, Diane Lavietes, Margaret Plympton and Richard Modecki. Mr. Kim joined as a partner in the firm’s Houston office and was most recently the head of the energy sector with Futurestep. Ms. Lavietes joined the New York office of Odgers as a partner and head of the firm’s U.S. consumer & retail practice. She was previously a SVP at Berglass + Associates. Dr. Plympton came to the Boston office as a partner in its U.S. higher education practice. She previously served as deputy chair and acting chair of the National Endowment for the Humanities. Mr. Modecki joined the firm as a principal in the technology practice based in Washington, D.C. He was most recently at Russell Reynolds Associates.