Stay Connected:
Reference audits can be the difference between success and failure in finding the right candidate for a role. Michelle Fisk, a principal with Howard Fischer Associates, reveals the steps needed to best learn about prospects and how to interpret that information. 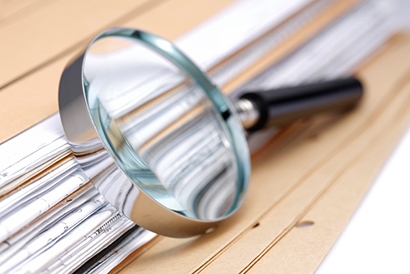 November 20, 2018 – Reference audits are a vital part of the executive search process.

They illuminate characteristics about a candidate that aren’t always obvious or visible through the interview process.

They also directly speak to a prospect’s potential to be successful in a role and fit within your company’s culture, answering questions about how the candidate works with his or her peers, the individual’s leadership/management style, the kinds of team the person has built, and much more.

“As part of a thorough and successful search process, it is critical to complete a comprehensive reference audit before extending an offer to a senior leader,” said Michelle Fisk, a principal in the Philadelphia office of Howard Fischer Associates (HFA). “With traditional references, it can be tempting to cut corners and ‘mail-in’ formal references in order to close the role, but reference audits are a vitally important step to increase a candidate’s potential success.”

Reference audits are a much deeper dive into behavioral aspects of the candidate’s background, but not all executive search firms or talent acquisition leaders use this process. Indeed, it is vital that recruiters understand the steps involved and how to interpret the information that is gathered, so as to select the best candidate for the position, said Ms. Fisk.

“To start, one formal reference is not enough,” she said. “To get a 360-degree understanding of your candidate, we recommend targeting a minimum of six references, which should include bosses, peers and direct reports who have worked with the candidate in their last three roles, or over the last 10 years. At HFA, we will work with the candidate on defining the right references, as the appropriate seniority and brand can actually increase the candidate’s credibility, in addition to providing valuable feedback. For example, some reference audits should include speaking to board members and industry analysts/leaders, depending on the position you are looking to fill.”

Ms. Fisk speaks from strong experience. Over the last few years, she has partnered with executive leaders of both Fortune 500 companies and emerging growth companies to identify and recruit strong talent to help successfully build their companies. She has worked with clients across many industries including telecommunications, SaaS, e-commerce, manufacturing, energy, healthcare and retail and has recruited for various functions including finance, marketing, IT/engineering, sales, HR and operations.

Why Saying Only Nice Things in a Reference Check Can Backfire

We’ve all been told if you don’t have something nice to say, don’t say anything. But according to a survey of professionals by Korn Ferry, that advice, at least when giving job references, can be problematic. While 25 percent of the professionals surveyed admitted they will only give positive references and not share unfavorable thoughts, 86 percent indicated that offering only glowing feedback about a person during a reference call could hurt their own career if the person did not perform well once hired.

The survey also showed that while 54 percent of respondents said it’s more appropriate to give a bad reference for a job candidate than it was five years ago, more than half (51 percent) said they will only agree to be a reference if they have good things to say. Check out the rest of the backstory now.

Beyond the initial references, HFA recommends that recruiters also complete back-channel references; these are references that were not supplied by the candidate. “In some cases, these additional colleagues can be identified from conversations with an existing reference, as the reference may mention others that worked closely with the candidate, or you may specifically ask if the reference knows of additional colleagues to contact,” said Ms. Fisk. “Alternatively, HFA may already know a source who was employed by a company at the same time as the candidate and can reach out to arrange a conversation.”

Sometimes feedback from back-channel references will be consistent with the on-sheet references, but in some cases, they may shed new light on the candidate. “This additional step provides an extra layer of assurance that a candidate will succeed in the role,” said Ms. Fisk.

When the reference audit is complete, the recruiter should have a summary of the strengths and developmental areas for the candidate and a detailed summary of the conversations. “This will serve to reveal your candidate’s true personality and working style and enable you to make an informed decision on whether to hire the candidate and how to best ensure their success after the hire,” said Ms. Fisk.

When it comes to making that decision, it’s important to view the references in their totality. “Every candidate will have both strengths and areas of concern – no one is perfect,” said Ms. Fisk. “Ideally, a candidate’s strengths will outnumber or outweigh their weaknesses, but you should never minimize the significance of any potential red flags. The biggest mistake you can make is to ignore the warning signs that someone will not be a good cultural fit within your company.”

The Importance of Candidate Referencing During the Search Process
Too many search consultants and their clients treat finalist candidate referencing as little more than a checklist item to be completed as opposed to a valuable exercise in and of itself, with the potential to yield insights of lasting value.

In many cases, there are outlier reference points – for instance, a negative comment that is difficult to ignore. One must consider the reference, however, in context. “Perhaps the contact simply didn’t get along with the candidate – or maybe they have an ulterior motive for providing a negative point of view,” said Ms. Fisk.

Accordingly, if there is a negative outlier reference, take the time to investigate. “Go back to other references and ask more pointed questions in the flagged area or find new references to speak to in order to gather more information,” said Ms. Fisk.

The best practice is to look for consistencies and trends across the range of references. These will paint the most comprehensive picture of the candidate. “If your references are largely positive, and the featured strengths match the characteristics you are seeking, then you should feel confident in the candidate’s ability to do the job,” said Ms. Fisk.