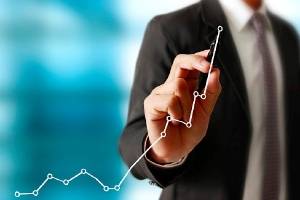 Mr. Kim has joined as a partner in the firm’s Houston office where he will work Jim Thompson and Gary Payne serving the firm’s energy and industrial practice groups. He brings more than 20 years of experience in executive search, corporate talent acquisition and energy commodities to Odgers Berndtson having worked in the full spectrum of the energy industry including exploration and production, midstream, oilfield services, refining and petrochemical, public and private utilities, EPC and private equity.

Mr. Kim was most recently the head of the energy sector with Futurestep. Prior to beginning his career in search, he managed various corporate talent acquisition departments, consulted for energy companies, and originated/structured/traded natural gas.

Ms. Lavietes has joined the New York office of Odgers as a partner and head of the firm’s U.S. consumer & retail practice. Before joining Odgers, she was a senior vice president at retail consumer boutique firm Berglass + Associates, where she worked across every function and title from the C-suite and executive board level through to vice president in the consumer sector. Her work has stretched from marketing, merchandising and creative to digital and IT. Through her knowledge of emerging technology across omni-channel retail, she has gained deep expertise in the digital retail world.

Before beginning her career in search, Ms. Lavietes was a marketing leader in the beauty and publishing industries working for The Walt Disney Company, American Express, The New York Times, Conde Nast, and Elizabeth Arden Red Door Spa.

An experienced search professional with deep university and academic expertise, Dr. Plympton has joined the Boston office of Odgers as a partner in its U.S. higher education practice. Before joining Odgers, she served as deputy chair and acting chair of the National Endowment for the Humanities (NEH). Prior to NEH, she was a consultant with the higher education and non-profit practice of executive search firm Witt Kieffer, supporting searches for deans, provosts and CFOs.

Mr. Modecki has joined Odgers Berndtson as a principal in the firm’s technology practice based in its Washington, D.C. office. He brings over a decade of global executive recruiting experience to the firm having conducted searches for C-suite executives, as well as for highly specialized, mission-critical, and technical roles for technology-focused companies.

Mr. Modecki was most recently at Russell Reynolds Associates and began his career in Japan executing searches for bilingual executives as the Osaka branch manager of a Japanese executive search.

“With more than 40 years of combined executive recruiting experience, this new team of people based in New York, Boston, Dallas and Washington, D.C., further enhances Odgers Berndtson’s abilities to serve a broad client base throughout the U.S. and the world,” he said. “Organizations of every size and sector depend on talent to realize their success. Odgers Berndtson is dedicated to bringing the very best C-suite executives and board directors to help clients address their most pressing challenges and needs.”

Odgers Berndtson has seen a wave of growth this year. Recently, it opened a new office in Dublin. The move was made to enhance the firm’s capacity to support global companies looking to establish new centers of operation in Europe in readiness for Brexit, according to Odgers. The new location is led by Damian Ringwood, who becomes managing partner, Odgers Berndtson Dublin.