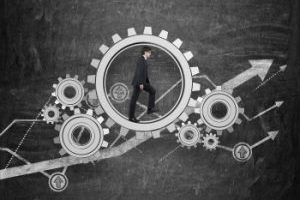 Judy Whitaker, Diana Farmer and Kelly Crittenden, also from the Boyden licensee, will be joining the Washington, D.C. office. Allen Reed, a partner in Odgers Berndtson’s healthcare & life sciences practice, will now be based in the new office as well, along with Richard Modecki, a principal in the technology and aerospace & defense sector.

“We’re thrilled to have Tim, Derek, and the rest of the Washington, D.C. Boyden team join us to further develop the U.S. practice,” said Steve Potter, CEO of Odgers Berndtson U.S. “With more than 25 years’ experience in management consulting and search, Tim McNamara has consulted to international clients including governments, M&A advisory, and private equity, bringing his expertise in multi-modal transportation, infrastructure, aerospace & defense and cybersecurity,” he said. “Derek Wilkinson has 20-plus years of executive search experience focusing on the international development community including for profit, non-profit and public sector clients, as well as NGOs, trade associations and educational institutions.”

Mr. McNamara becomes vice chairman and partner of Odgers Berndtson. He previously served as managing partner of Boyden’s Washington, D.C. office and as a leader in the firm’s aerospace, defense & intelligence and global transportation sectors. Earlier in his career, he represented American, Danish, French, German and Mexican companies in the global engineered logistics sector.  He was knighted in 1989 by Queen Margrethe II of Denmark in recognition of his service to the country. He has also been named to Businessweek’s Top 100 World’s Most Influential Headhunters.

“Derek, Judy, Diana, Kelly and I look forward to working with Allen Reed, Richard Modecki and the rest of Odgers Berndtson’s team as we demonstrate the firm’s dedication to preeminence in executive search excellence globally,” said Mr. McNamara. “Our combined expertise in executive search and management consulting leadership will enable us to serve a wide array of client organizations as they drive leadership, value and growth in their sectors.”

Odgers Berndtson has seen a wave of growth since the start of the year. In July, it opened a new office in Minneapolis and added three search professionals:  Ron Woessner, Chris Fryer and Shawn Woessner. Mr. Woessner began his search career as founder and CEO of Woessner & Associates in 1983.  He merged his practice into DHR International in 2010, where he served as global leader of its chief financial officer practice. He then joined Allen Austin, where he served as managing partner, global financial officer practice. Mr. Fryer previously served as managing partner of the industrial practice at Allen Austin. Mr. Woessner, who is head of U.S. finance for Odgers, had been a managing partner at Allen Austin, where he was responsible for the firm’s global financial officer practice.

In May, the firm added Lisa Hooker as a partner and Dr. Jessica French as a principal. Ms. Hooker, who serves clients in the technology practice, brings 20-plus years of executive search expertise in telecommunications, consumer electronics, cloud services, cyber security, IoT and SaaS. She has also conducted assignments for venture capital and private equity firms, recruiting for their portfolio companies. Previously, she was a founding partner at BridgeStreet Partners Executive Search. Dr. French serves clients in the higher education and academic medicine sectors. She specializes in search for senior leaders in research universities and academic medical centers. Previously, she was a senior associate at Korn Ferry in the firm’s healthcare practice.

In April, Odgers Berndtson added Lisa DeConto, Jane Swan and Brad Pierce. Ms. DeConto joined the firm as a partner and serves clients in the financial services sector. She had been a senior member of the asset and wealth management practice at Russell Reynolds Associates. Ms. Swan became a partner and head of Odgers Berndtson’s U.S. wealth management practice. Before joining the firm, she headed the wealth management practices at Sheffield Haworth, Korn Ferry and Heidrick & Struggles. Mr. Pierce was named a partner and serves clients in the international consulting and professional services sector, where he has 17-plus years experience. He previously founded a boutique search firm, in addition to earlier roles with Korn Ferry, Russell Reynolds Associates and Heidrick & Struggles.

In February, Odgers launched a new eSports practice. The search team, supported by the Odgers Berndtson international network, is based at the firm’s London office. It is global in scope with a particular focus on Asia and the U.S. As the eSports sector matures, the firm plans to network across broad geographies and markets to assist leagues, teams, sponsors and games publishers to access talent that will help them take advantage of the growing awareness of global eSports.