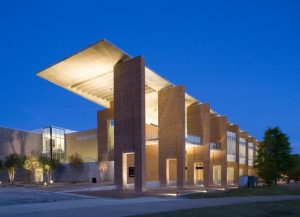 Mr. Kettering, who starts his new role next month, currently serves as vice president for development and external relations at the Texas State Aquarium. He has directed and raised more than $150 million in capital campaigns and fundraising initiatives during his 17-plus years as an institutional leader.

Mr. Kettering will serve as a senior-level administrator reporting directly to the president and be an active participant on the university’s executive leadership team. He will direct all of the university’s fundraising efforts and lead a division that includes development, alumni relations and advancement services. He will be responsible for finishing the university’s comprehensive “First Choice” campaign with a goal of more than $100 million.

“We had great deal of interest in the position because of this campaign, this university and this community,” said CSU president Chris Markwood. “With his experience and his expertise, Dr. Kettering stood out to many of us as the best person to come in and continue to cultivate the amazing tradition of public-private partnerships here. I am very excited to have Rocky join our CSU family.”

Mr. Kettering has been at the Texas State Aquarium since 2013, directing a staff of more than 20 employees and leading a $50 million campaign to expand its non-profit center in Corpus Christi. Before moving there, he spent six years in San Antonio leading fundraising efforts for St. Mary’s University and the Lady of the Lake University. He has also held development positions at the University of Southern Mississippi, Mount Vernon Presbyterian School in Atlanta and Cathedral High School.

In an unusual turn, Mr. Kettering succeeds Alan G. Medders Ph.D., who left CSU in February as vice president for university advancement and executive director to become president of Myers McRae. The firm assisted CSU hire Dr. Medders in 2012 from the University of North Alabama, where he held a similar post. Dr. Medders has had a distinguished career in higher education and foundation administration, fundraising, planned giving, marketing, communications, and fiduciary and asset management. His understanding of the demands placed on academic and administrative leaders and the complexities of higher education institutions have allowed him to guide and counsel committees during various search processes.

Myers McRae is an executive search firm serving colleges, universities, independent schools, and other not-for-profit institutions. Nearly all of its search professionals have a minimum of 20 years of experience in higher education. The majority of the firm’s searches have been for presidents, chancellors, provosts, vice presidents, deans, and other senior academic and administrative leaders. Emily Parker Myers serves as chief executive officer of the firm.