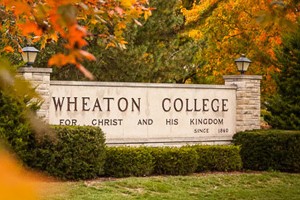 April 21, 2016 – CarterBaldwin Executive Search has placed Dr. Margaret Diddams as provost of Wheaton College. She succeeds Dr. Stanton Jones, who announced last year that he will step down as provost and return to teaching at the end of the 2015 / 2016 academic year.

Dr. Diddams, an alumni of Wheaton, will be responsible to the president for all aspects of the academic division of the college, which in addition to the faculty includes admissions, the Billy Graham Center for Evangelism, global and experiential learning, institutional research and academic support, and its library and archives. In addition to her role as a member of the senior administrative cabinet, she will hold faculty status as professor of psychology.

Dr. Diddams previously served as assistant provost and director for the Center for Scholarship & Faculty Development at Seattle Pacific University. She started her academic career as instructor and program coordinator in the social-organizational psychology department at Columbia University before joining the faculty at Seattle Pacific in 1993.

In addition to her academic work, Dr. Diddams has worked as a senior manager in strategic services at Microsoft Corporation and founded DuPlissis & Diddams Associates, a consulting practice specializing in survey research, organizational development and executive coaching.

“Dr. Margaret Diddams is a seasoned educator who is passionate about the liberal arts and the life of faith in Jesus Christ, with broad interests across the disciplines,” said college president Philip Ryken. “She has earned respect across her campus for her wise, relational leadership, and comes to Wheaton with a strong calling to expand its role as a leader in Christian higher education, in the church, and in society.”

Wheaton College is a private, four-year Christian liberal arts college “in the evangelical Protestant tradition” located in Wheaton, IL, a suburb 25 miles west of Chicago. The college was founded by abolitionists in 1860. Drawing 2,500 undergraduates from all 50 states, 50 countries, and over 55 church denominations, Wheaton offers 40 majors in the arts, humanities, literature, foreign languages, social sciences, and natural sciences.