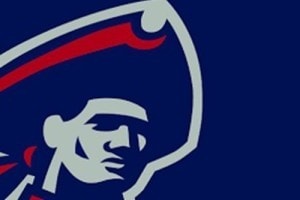 November 10, 2015 – Witt/Kieffer has placed Dr. Christopher B. Howard as the eighth president of Robert Morris University.

Dr. Howard was previously president of Hampden-Sydney, a private college for men in Hampden-Sydney, Va., one of the nation’s top liberal arts institutions. He was formerly vice president for leadership and strategic initiatives at the University of Oklahoma and has worked for General Electric’s Corporate Initiatives Group and for Bristol-Myers Squibb. Dr. Howard is a co-founder and trustee of the Impact Young Lives Foundation, a not-for-profit organization that brings South African students of color to the U.S. for summer educational and cultural tours.

“The Robert Morris University Board of Trustees is pleased to appoint Dr. Christopher Howard as RMU’s next president,” said Gary Claus, chair of the university’s Board of Trustees. “Dr. Howard is a high-energy, charismatic, and visionary leader who believes in the power of mentorship – a perfect fit for RMU.”

Through 60 undergraduate and 20 graduate degree programs across five academic schools, Robert Morris University — located Pittsburgh — has more than 5,000 undergraduate and graduate, nontraditional and online students from 45 states and 41 nations.

In September, Witt/Kieffer bulked up its growing education search sector practice with the addition of four new industry experts. Charlene Aguilar joined as a consultant in South Bend, Indiana. She formerly served as associate director of the annual fund at the University of Chicago Law School, as director of undergraduate admissions at Santa Clara and as school relations counselor for undergraduate recruitment at the University of California at Santa Barbara. Jennifer Desjarlais joined Witt/Kieffer as a consultant where she supports leadership searches across all academic areas, specializing in enrollment and admissions for colleges and universities across the nation. She had been the dean of admission and financial aid at Wellesley College. Melissa Fincher, based in Columbus, OH, joined as an associate in the firm’s education practice. She previously held the role of talent and organizational development consultant with Ohio State University. Ben Haden was named a senior associate at Witt/Kieffer and works from the firm’s San Diego office. Previously, he served as an executive recruiter for the University of California.

“This is a historic time for Witt/Kieffer’s education practice. The industry is undergoing great change and we have a steadfast commitment to the education sector and to our clients,” said Charles W.B. Wardell, president and CEO.

Check Out These Related Articles on Witt/Kieffer: