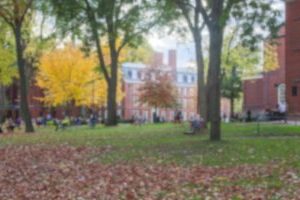 September 5, 2017 – As the new academic year gets underway, a number of colleges and universities across the country are opening searches that, if all goes to plan, will provide high-profile leaders to take them into a new era of fundraising, digitalization, sports and, more often the case, globalization. To that end, Quinnipiac University in Hamden, Conn has enlisted Spencer Stuart to find its next president.

The incoming leader will be replacing John Lahey, who has held the position for the past 30 years. Under Mr. Lahey, the school has grown from 1,902 students when he arrived in 1987 to approximately 10,000 today. The school offers a college of arts and sciences and eight professional schools: business, communications, education, engineering, health sciences, law, medicine and nursing.

Bill Weldon, chairman of Quinnipiac’s board of trustees, who is also heading its presidential search committee, said a 13-member advisory committee has recently been formed and has already met with Spencer Stuart to discuss the search profile. “We look forward to working with this committee as the search progresses,” he said. “Second, we had excellent participation from a large cross-section of the university community regarding the survey asking people what qualities they think the next president should possess.”

Forty percent of those who responded to the survey said that maintaining and improving academic programs was one of the most significant challenges and opportunities for the university in both the near term and longer term. Survey respondents said they want the university to continue to build, develop, support and retain a strong faculty, as well as increase funding for financial aid. The next president should possess a variety of leadership traits, including being innovative and forward thinking as well as visible and approachable, they said. Respondents also said they wanted the new president to have educational leadership experience, vision, an ability to communicate with multiple constituent groups and a strong business sense.

More than 2,300 members of the Quinnipiac community have responded to the survey thus far, said Mr. Weldon.

Spencer Stuart’s academic recruitment work includes research universities, liberal arts colleges, graduate and professional schools, independent schools, research centers and institutes, and early and secondary education organizations. It has conducted more than 300 senior-level executive and board searches over the past five years. Ninety-six percent of its executive search placements in academia in the past five years remain in their roles today, the firm said. Spencer Stuart assesses and recruits leaders across all higher education functions with a particular focus on presidents, provosts, deans, chief financial officers, chief information officers and vice presidents.

Searching for academic leadership is not unlike searching for leaders for any business enterprise. At a time when many academic leaders are retiring or leaving their posts to pursue other interests, the competition to replace them is intense. Executive search firms help provide universities with guidance in filling these critical positions.

“It is no wonder that universities and institutions of higher learning are turning to executive search firms in droves to fill their top roles,” said Diversified Search CEO Dale Jones. “Recruiters have the requisite skills to manage a process that at times can be unwieldy, but more importantly they can help to expand a university’s reach and use their well-honed assessment skills to find the very best leaders in and out of higher education.”