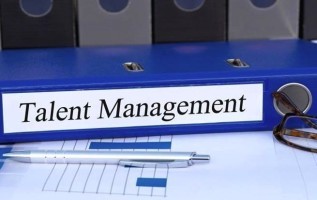 “Chief human resource officers are one of the most in-demand executive positions this year,” said Hunt Scanlon founding chairman Scott A. Scanlon. “We have been tracking developments in this role and our findings suggest that CHROs are gaining in influence — moving from a support function to one much more aligned with business strategy and operational effectiveness.” Mr. Scanlon said the ascent of the CHRO speaks volumes about the importance companies are placing on talent strategies and leadership planning.

Recent hiring trends show that a full one-third of companies polled said their organizations were hiring for HR positions, including CHRO. This number is up from 20 percent just 18 months ago. According to a just released survey from the Society for Human Resource Management, the need for HR expertise increases dramatically with company size. Just one percent of small companies (those with one to 99 employees) are recruiting for HR positions, according to the summer 2015 survey results. On the other end of the spectrum, nearly two thirds (65 percent) of employers with 25,000 or more workers are now hiring for HR jobs.

Ms. Burki previously was a senior vice president and corporate head of HR strategy, organizational effectiveness and leadership development at Amtrak. Before that, she held leadership roles with the American Red Cross, Ameriprise Financial Services, National City Bank, and Citibank.

In her new role, Ms. Burki will join Battelle’s executive committee, which includes senior business and support function leaders. She will be tasked with leading organization wide transformation of talent strategy at Battelle, which will be geared toward the design and deployment of innovative and impactful HR initiatives with a focus on compensation and benefits programs.

The Battelle Memorial Institute is a global science and technology enterprise that explores emerging areas of science, develops and commercializes technology, and manages or co-manages laboratories for commercial and government customers. It is one of the world’s largest research enterprises, employing and/or overseeing more than 20,000 scientists, engineers, and staff involved with more than 5,000 projects for 1,100 commercial and government customers.

Lochlin Partners, based in the Washington, D.C., area, conducts searches for board and executive-level positions within government & corporate affairs, government contracting, technology & services, higher education, the public sector, financial services, and healthcare. Over the past year, the firm has placed Paul Allvin as SVP of marketing and communications at United Service Organizations, Richard Trowbridge as CFO at AmeriCares, and Barbara Polk as VP of HR at the National Restaurant Association.

Check Out These Related CHRO Articles: