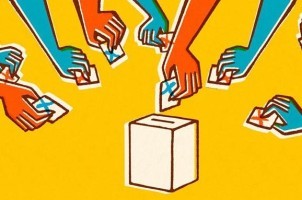 Ms. Mooney will be leading a diverse and multidisciplinary organization that hosts national and international pilgrimages, reflection groups for elected officials and their senior staffs, retreats, and forums that bring to Washington noted figures such as Archbishop Desmond Tutu, Thich Nhat Hanh, Parker Palmer, the Honorable John Danforth, and many others.

Ms. Mooney has over 25 years of experience in both the executive and legislative branches of the federal government, including senior congressional positions and as assistant secretary at the Department of Veterans Affairs. She has been actively engaged with the Faith & Politics Institute since 1997, participating in its Congressional Chief of Staff reflection groups, annual retreats, forums, and events including the highly respected Civil Rights pilgrimages to Alabama.

“The Faith & Politics Institute is stronger than ever in terms of resources,” said the Institute’s board chairman, Rob Liberatore, “But we are only as strong as the mission we embrace and the programs we deliver. Our rededication to our core principles of breaking down religious, race, and ideological barriers is significant. Having Joan join the Faith & Politics Institute is a key part of our commitment and I am delighted at the prospects of working with her.”

“I have had the fortune to know Joan for some time,” said Rep. John Lewis, longtime co-chair of the Civil Rights Pilgrimages. “Joan is capable, experienced, and personally committed to the mission of the Faith & Politics Institute. I take great joy in knowing Joan will be leading an organization that is doing so much to drive comity within our national leadership. We are in a period that desperately needs the Faith & Politics Institute at its best. Joan is the person to do this.”

Over the past year, the firm has placed Paul Allvin as SVP of marketing and communications at United Service Organizations, Richard Trowbridge as CFO at AmeriCares, Barbara Polk as VP of HR at the National Restaurant Association, and Uzma Burki as SVP and CHRO at Battelle Memorial Institute.

Other reports have pointed out that baby boomers who spent the majority of their working lives in the private sector are looking to round out their working years serving a mission. Called the ‘encore career phenomenon,’ this often means switching to a non-profit organization or institution.