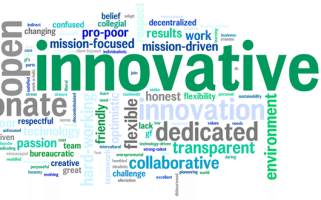 November 4, 2015 – The Grameen Foundation has retained Isaacson, Miller to lead its search for a new chief executive officer. Vice president and director David Bellshaw is leading the search along with senior associate Emily Chiswick-Patterson and associate Rachel Cylus.

The foundation said that the search committee has selected a small group of candidates to move forward. It is likely the final candidate will come from this group in the coming weeks. Grameen Foundation board co-vice chair, Peter Cowhey, dean of the School of International Relations and Pacific Studies at the University of California, San Diego, is leading the search committee along with Isaacson, Miller.

Founded in 1997, the Grameen Foundation was inspired by the work of 2006 Noble Peace Prize recipient Professor Muhammad Yunus and the Grameen Bank in Bangladesh, which established a ground-breaking model for economic development based upon granting micro-loans to empower individuals and micro-enterprises, particularly those of women entrepreneurs, that did not otherwise have access to banking resources.

The next CEO will be building on the work of both Professor Yunus and Grameen Foundation’s founder, Alex Counts, who is stepping away from his role following 18 years of visionary leadership.

“I intend to remain involved and supportive of Grameen Foundation, especially during this period until the new CEO is appointed,” said Professor Yunus. “I will work with the foundation’s chairman, interim CEO and others to ensure that the organization remains a powerful force for advancing poverty reduction, the Grameen philosophy and the social business movement.”

The economic strength of the non-profit sector has been steadily increasing with an upswing in the economy; the sector is now the third largest employer in the U.S. Nearly two million non-profit organizations employ nearly 11 million people and produce revenue in excess of $1.9 trillion. Hiring talent, though, remains problematic within the industry. According to the Nonprofit HR’s Employment Practices Survey, 33 percent of respondents say that finding the right talent the biggest staffing challenge they face.

Isaacson, Miller is also currently leading CEO search for other non-profits, including the Minneapolis Foundation, Coastal Enterprises, Inc., and the American Society of Clinical Oncology. The firm has consistently ranked in Hunt Scanlon’s Top 50 search firm rankings, this year climbing to the 13th largest. It has roughly 75 consultants working from three American offices.