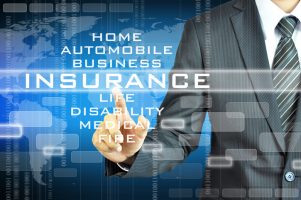 June 3, 2016 – Global insurance sector executive search firm Eliot Partnership has elected George Davies as its executive chairman. He will be based in the firm’s London office.

In this newly-created position, Mr. Davies will work with Eliot Partnership’s global management team to grow its footprint through its three hubs in London, New York and Singapore. He will also be responsible for growing the partnership’s business, guiding its strategy and supporting the firm’s teams across the globe.

“George’s long and varied career will be of huge value to Eliot Partnership’s clients and colleagues,” said founder Andrew Eliot. “He is extremely well known and respected and will be a key part of our growth plans.”

Mr. Davies joins the firm from insurance broker Marsh, where he has held a number of senior positions over the past 36 years. Most recently he was chief client officer U.K. and Ireland, having led Marsh’s U.K. and European major account practice, its U.K. and European risk consulting practice and the U.K.’s private equity and M&A practice. He also served on the Marsh board and U.K. executive committee for a number of years.

“With relationships across sectors and geographies, he brings a wealth of knowledge and experience which will help our clients build world class business and leadership teams,” said Mr. Eliot. “As someone who spent many years getting to know a broad range of the insurance industry’s largest global customers, George brings an unrivalled perspective into what makes a successful insurance organization in today’s challenging environment.”

Mr. Davies said: “I’m delighted to be joining Andrew and the team at Eliot Partnership. Their sustained 10 years of growth in London, New York and Singapore means they are perfectly placed to help their clients build leadership and business teams. I have been impressed by Eliot Partnership’s professionalism and their drive to meet their clients’ strategic objectives.”

According to the latest ‘Insurance Labor Study’ conducted by The Jacobson Group and Ward Group, 66.3 percent of companies in the sector intend to increase staff in 2016. Co-CEO Gregory P. Jacobson, said: “It is clear that the insurance industry is focused on building staff, resulting in an increasingly competitive labor market.”

Check Out These Related Articles On Recruiting for the Insurance Sector: