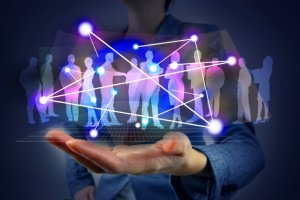 A search committee, chaired by Bruce King, chief executive officer of New London Hospital and a member of the Crotched Mountain board of directors, worked in collaboration with Witt/Keiffer to identify candidates for the leadership post.

Mr. Coughlin comes to Crotched Mountain with a broad range of experience in non-profit leadership, most recently as chief executive of Tri-County Community Action Program. He has also served in leadership roles with large, human-service non-profit groups, including Rehabilitative Resources in Massachusetts, Goodwill Industries of Northern New England and Genesis Behavioral Health.

In addition to his professional leadership roles, Mr. Coughlin has been an active volunteer, serving on several boards, committees and coalitions, including the New Hampshire Endowment for Health, New Hampshire Mental Health Commission, North Country Health Consortium, and the New Hampshire Fiscal Policy Institute, among others.

“Michael Coughlin is a proven, highly capable executive who has successfully led multi-service organizations throughout his career,” said Mr. King. “His extensive professional experience and achievements, combined with his ability to connect and build relationships with people and organizations, made him our top choice.”

“Michael is a skillful executive who has dedicated his life’s work to leading organizations that serve vulnerable and underserved populations in New Hampshire and throughout New England,” said James Varnum, chairman of the Crotched Mountain Foundation board of directors. “He embraces our mission and will carry on Crotched Mountain’s legacy of empowering people with disabilities in the years to come.”

Crotched Mountain Foundation is a charitable organization founded in 1953 with a mission to serve individuals with disabilities and their families, embracing personal choice and development, and building communities of mutual support. It provides specialized education, rehabilitation, community and residential support services for more than 3,000 people throughout New England and New York.

The economic strength of the non-profit sector has been increasing and the sector is now the third largest employer in the U.S. Nearly two million non-profit organizations employ 10.7 million people and produce revenue in excess of $1.9 trillion.

Hiring among non-profits continues to grow. According to the 2016 ‘Non-Profit Salaries & Staffing Report’ by PNP Staffing Group, more than 50 percent of hiring managers are reporting staff increases. The report found that the non-profit sector has grown by 20 percent over the last 10 years.

Check Out These Related Stories On Non-Profit Recruiting: