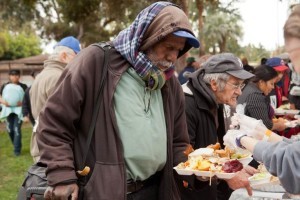 December 1, 2015 – Executive search firm Morris and Berger has been retained by Union Station Homeless Services to lead its search for a chief executive officer. Current CEO Rabbi Marvin Gross announced he is retiring next year. Mr. Gross has been at the helm of Union Station for 21 years, during which he led the agency through an unprecedented period of growth.

The board of directors has organized a search committee composed of former and current board members along with Morris and Berger to conduct a nationwide search.

“The firm will work with the committee to identify a candidate with a deep passion for our mission and strong leadership and fundraising capabilities,” said Terry Krupczak, vice chair of the board of directors and chair of the search committee.

Union Station Homeless Services is the San Gabriel Valley’s largest, most comprehensive social service agency assisting homeless and very low-income people. Its mission is to help men, women and children rebuild their lives and end homelessness. It offers outreach and intake, shelter, housing and employment programs to help people end their homelessness and achieve a life of dignity.