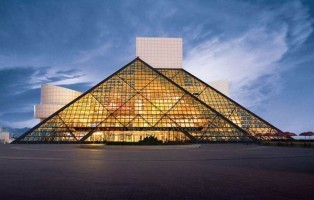 Currently serving his seventh term and 18th year on the Cleveland City Council, Councilman Cimperman is a senior member of the body and highly regarded by his constituents. He currently represents Ward 3, one of the most diverse in the City, which includes downtown Cleveland.

“We are very fortunate to have someone of Joe’s stature and known leadership qualities at the front of our organization moving ahead,” said Global Cleveland board chair David Fleshler. “As a child of an immigrant who grew up on Cleveland’s east side, Joe deeply understands how newcomers to our region need to be welcomed and connected so they can become integral, contributing members of our community. Joe lives the values of diversity and knows how to bring people together to achieve a greater good.”

“I congratulate Global Cleveland for a very good choice in selecting Joe Cimperman,” said Mayor Frank G. Jackson. “Joe has always shown great passion and compassion in standing with both the immigrant and refugee population here in Cleveland. His work ethic and leadership speak volumes to his capabilities.”

Established in 2011, Global Cleveland is a non-profit regional economic development organization that serves as a catalyst for regional economic growth. It is focused on strengthening the area by attracting, welcoming and connecting newcomers to Greater Cleveland’s many economic and social opportunities.

The Carmon Group was founded in 2002 by Mr. Carmon. With almost 20 years of experience in professional search, he has provided talent acquisition services to over 500 companies which include privately-held non-profits to Fortune 250 businesses. The firm has an emphasis on businesses in the Midwest. It has completed placements for organizations including Lakewood Catholic Academy (president), St. Joseph Academy (principal), Tremont West Development Corp. (executive director), Merrick House (executive director), E-Prep Schools (director) and Our Lady of Mount Carmel School Foundation (development director).