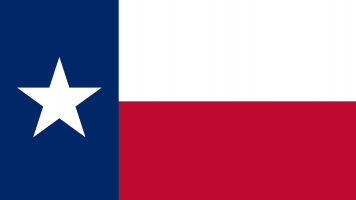 February 24, 2017 – Executive search firm Lehman Associates has recruited Jeff Moseley as chief executive officer of the Texas Association of Business (TAB). He succeeds Bill Hammond, who last August announced his retirement from TAB after approximately 18 years at the helm.

When it announced the search, TAB said it was seeking a dynamic, proven business advocate to oversee operations of the organization while also serving as chief advocate for businesses throughout the state.

Mr. Moseley seems to have fit that bill. He was most recently with Texas Central Partners, where he served as state vice president of government affairs. Other roles in his past include vice chairman of the Texas Department of Transportation Commission and Denton County Judge.

“TAB is thrilled to welcome Jeff,” said Gary Gibson, TAB chairman and CFO of Star Furniture Company. “His wide-ranging work in the private and public sectors, combined with his extensive network of Texas business leaders and legislators, will be a great benefit to the businesses and chambers of commerce within Texas.”

Mr. Moseley’s resume includes stints as the state’s head of economic development under governors George W. Bush and Rick Perry, and as the CEO of the Greater Houston Partnership, one of the largest chambers of commerce in Texas. “He combines the perfect blend of advocacy skills and appreciation of the work of our chamber members. I could not be happier with our selection,” said Mr. Gibson.

“In every job Jeff has held, he has focused on job growth and economic development,” said Holly Reed, managing director, external affairs with Texas Central Partners. “As CEO of the Texas Association of Business, he will be leading the most influential and dominant voice for public policy issues affecting Texas business. We support him on this opportunity and look forward to continuing our relationship with him.”

“I’m very pleased to have this opportunity to lead TAB in building a stronger state economy by moving forward its mission and fighting for more and better jobs for all Texans,” said Mr. Moseley. Representing companies from the largest multi-national corporations to small businesses in nearly every community in Texas, TAB works to improve the state’s business climate, thereby making this appointment critical.

Since 1981, Lehman Associates has provided executive search services to find senior-level talent for executive positions from VP to CEO and for corporate and non-profit boards, serving clients in dozens of industries throughout the country and internationally. The firm is led by Jan Lehman.