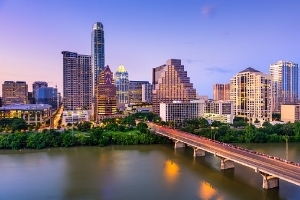 December 21, 2017 – With Capital Metro president and CEO Linda Watson planning to retire at the end of the year after seven years in the job, the Austin, TX transit agency has tapped executive search firm Krauthamer & Associates to fill its top role.

Several board members, including Ann Kitchen and Delia Garza, who also sit on Austin’s city council, said the search process must include public input.

The transit agency recently received public feedback regarding the search at board meetings. Krauthamer & Associates and Capital Metro, meanwhile, posted an online survey while soliciting feedback from staff. In addition, a public meeting is scheduled for Jan. 8 in which the community will have an opportunity to hear directly from the finalists. The next day, members of the board are expected to hold a special meeting to make a final selection.

Big plans, meanwhile, are in the works. In February, board members approved the agency’s Connections 2025 service plan, and the agency is also working on a regional transit plan known as Project Connect.

“Implementing Connections 2025 and figuring out what we’re going to do with high-capacity rail for Project Connect in a way this community buys into and reflects what this community wants is a big challenge,” Ms. Kitchen told the Community Impact Newspaper. “We need someone who is dynamic and work with the community and work with us to take us to the next level and can do it in a visionary way.”

Board member Terry Mitchell said the agency’s mission has changed over the last few years, and Capital Metro needs a leader to help figure out how to serve residents who have been dispersed from the central core. “We need to figure out how to move the mass of our citizenry around,” he was quoted as saying.

Beverly Silas, who was a board member and sat on the search committee that hired Ms. Watson, said the previous search process included the community asking questions of the final two candidates. “One of the biggest challenges we will have is which of the qualifying people are the best fit for Austin,” she said.

Capital Metro is Austin’s regional public transportation provider. Established in 1985, it has more than 30 million boardings every year.