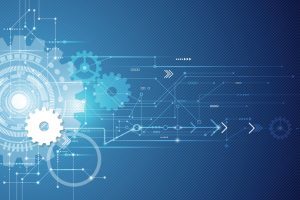 Mary Beth Baker and Phil Goldstein, managing partners at Next Generation, led the assignment. The school was seeking an inspiring leader who would provide a strong vision for its information technology services (ITS). Ms. Dawson will manage the unit’s strategic direction and system-wide technologies.

Ms. Dawson, an IT professional who has led ITS units in both higher education and the corporate sector, was an ideal fit. Currently a senior advisor for the State of Michigan’s Department of Technology Management and Budget, she directs activities surrounding the state’s next generation digital infrastructure. She previously served as CIO for health information technology at Michigan State University, leading a team of 75 staff and more than 100 students. She later became assistant vice president for ITS strategy for MSU. In that capacity she was responsible for strategic planning and initiatives within an operating budget of $6 million.

As CIO, Ms. Dawson will implement a strategic vision for improving ITS, advise senior leadership on IT issues and provide operational oversight of ITS, including budgeting, ‎resource planning ‎and development of policy, ‎procedures and ‎standards.

“West Virginia University is growing, taking on ambitious new initiatives and moving faster than ever,” Dr. Campbell said. “We need someone heading up IT services who will support and empower the team to advance the university’s mission. Barb was immediately able to engage with everyone on campus and during the interview process she proved she will provide the visionary, collaborative leadership we need.”

WVU is the flagship, land-grant institution of higher education in West Virginia and one of only 46 institutions nationwide defined as both a land-grant institution and a Carnegie-classified R1 (Highest Research Activity) institution. Ranked by U.S. News & World Report as being among the top 100 public universities, WVU offers 193 degree programs to 31,000 students through its 15 colleges and schools.

Next Generation, for its part, is focused on identifying qualified IT leaders and professionals for positions in higher education. Through its IT consulting work, the recruitment firm has developed an extensive network of contacts with leading educational technologists at public and private institutions.

CIO hiring and recruiting information technology teams are both on the rise. Nearly a quarter (22 percent) of U.S. CIOs plan to expand their IT teams, according to a Robert Half Technology ‘IT Hiring Forecast Trend Report.’ It represents a three point rise from the beginning of last year and an eight percentage point jump from one year ago.

“Organizations are getting the green light on more technology projects, prompting them to make strategic hires,” said John Reed, senior executive director of Robert Half Technology. “However, technology leaders continue to struggle to find highly skilled talent in a market with low unemployment. They seek IT professionals with specialized skills, especially in the areas of cloud computing, data analytics, mobile strategies and cybersecurity.”

The CIO is considered one of the most strategic roles within any organization, and for colleges and universities the CIO position holder is now seen as an especially critical asset. According to executive search consultants who specialize in recruiting them, the best CIOs have the power to dramatically differentiate a company’s offering in the market, while a poorly performing one can be the single point of failure within an organization. Search firms have been landing a helping hand.

KPMG Executive Search & Selection was retained by the University of Adelaide to lead its search for a CIO. Associate director Kelly Kuras is leading the search. The incoming CIO, according to the organization, will take the university to the next level of excellence in its IT environment and service provision. The executive sought must have a deep understanding of trends in the IT industry and how they can best be harnessed for the benefit of the university.

Opus Partners recruited Keith W. McIntosh as CIO at the University of Richmond. Craig Smith, a founding partner at Opus, led the search. Mr. McIntosh brings to Richmond more than 30 years of experience in information technology services within higher education and the military. He previously served as CIO and associate vice president, digital instruction and information services, at Ithaca College. Opus has also recently completed CIO searches for the University of Chicago and Williams College, and it is currently leading the CIO search for Stony Brook University.