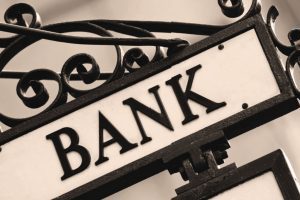 December 13, 2016 – New Orleans-headquartered First NBC Bank has retained executive search firm Chrisman & Company to lead its search for a new chief executive officer. Longtime leader and founder Ashton Ryan Jr. has stepped aside as CEO. The bank is separating the roles of CEO and president; Mr. Ryan will continue on as president. Founding partner and principal Timothy Chrisman is leading the search along with partner Irwin Stalk.

Mr. Ryan hands the reins of the troubled bank to board chairman Hermann Moysee under a proposed leadership restructure plan. The plan is the latest step to shore up one of New Orleans’ largest local banks as it faces deepening financial woes.

According to sources, the problems for the bank stem from First NBC Bank’s tax credit business, which for years fed its growing profits. More recently, the tax credits have spurred questions from regulators about the bank’s capital levels, earnings and overall accounting. First NBC leaders are now weighing options for the future of the bank, including raising capital or a possible sale.

Chrisman & Company is an executive search firm established in 1980. The firm specializes in the financial services industry on a national scale with a particular emphasis on serving the community banking sector. The firm’s recruitment team has extensive experience and knowledge in financial services and has contributed to the firm’s performance with placements ranging from senior management to board of director level positions. Its clients include Northern Trust; Pacific Commerce Bank; New Resource Bank; Square 1 Bank; Foundation Bank, and Western Independent Bankers, among others.

“The C-level and director searches we are conducting in the banking sector are dealing more with succession initiatives than “fixit” issues,” said Mr. Chrisman. “There are still compliance and risk executives needed but the primary need is for executives that can manage the challenges of banks going forward.” He said the post-election possibility of improvements such as corporate tax rates and a modification of compliance aggressiveness as well as interest rate increases could make this sector even more attractive in the long term.

Mr. Chrisman’s experience spans 36 years in the search profession with a prior 10 years in the financial services industry. Before founding Chrisman & Company, he was the senior vice president of a $2.5 billion bank holding company with functional responsibility for retail banking, human resources, marketing and general administration.

Check Out These Related Articles On Recruiting for the Banking Sector: