Menu
View our Events
Stay Connected:
In a year that dazzled with intriguing searches across all industries, Hunt Scanlon took on the challenge of finding the Top 10. In a bountiful year, we picked the best of the best search assignments. Today, we take a look back at a remarkable year for recruiters. 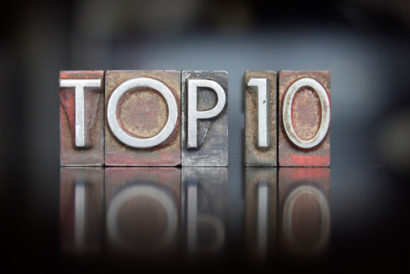 December 23, 2019 – With 2019 drawing to a close, we looked back through our archives over what was by all accounts a remarkable year for first-rate search assignments. Hunt Scanlon Media tracked hundreds of them. From CEO placements to those covering the bandwidth of the C-suite, our editorial team gleaned the best from every industry sector and functional discipline to create this year’s 10 most interesting list.

For search firms of every kind, it was a prosperous year. Important assignments for renowned clients are always a plus. But the variety of searches for such an impressive array of organizations speaks volumes about the recruitment industry’s impact on businesses, non-profits, educational and cultural institutions, sports organizations and government agencies of all kinds.

The bigger firms brought their reputations and sizable teams to the fore. In what could have been described as the Year of the Woman, especially given the #MeToo movement, Spencer Stuart drew attention by placing Alison Rose as CEO of the Royal Bank of Scotland, making her the first woman to lead one of Britain’s major lenders. But as we all know, one woman’s push into the chief executive role does not address persistent gender problems across the business world.

With search firms continuing to make big inroads into finding talent for athletic director roles, Odgers Berndtson won acclaim for helping to land Bradford D. Hurlbut for Fairleigh Dickinson University. And Diversified Search recruited Bill Tiller from Make-A-Wish to become president and CEO of the Pediatric Brain Tumor Foundation, a reflection of how organizations of all kinds, including medical-related foundations, are today turning to search firms to find the right leaders.

The boutiques, meanwhile, continue to rack up assignments that not long ago would have gone to the Big Five. In a year chock full of compelling diversity officer searches, including those for Emory and Syracuse universities, Hanold Associates played a crucial role in one the biggest such assignments of 2019, recruiting Renée Tirado as the new global head of diversity, equity and inclusion at Gucci. Belonging, it seems, is finally on everyone’s radar and central to making cultures click.

In the arts world, where search firms are now being enlisted on a daily basis for top assignments, Phillips Oppenheim placed Kaywin Feldman as director of the National Gallery of Art. And Herbert Mines Associates recruited Michael O’Sullivan as the new CEO of PE-backed Burlington Stores Inc., shining a light on private equity’s ascension to the biggest sector for recruiting talent.

Other search firms made big waves as well. With CHRO assignments going great guns for recruiters, Shelli Herman and Associates was chosen to find the new CHRO for the Whitney Museum of American Art. JDG Associates, for its part, helped recruit J. Brett Blanton as architect of the U.S. Capitol in one of the most unusual searches of the year. And the San Francisco 49ers have Turnkey Search to thank for their new chief marketing officer, Alex Chang (to say nothing of the firm filling the same role for the Carolina Panthers early this year).

Sometimes the biggest searches go to the smallest firms. In what may well have been the most important search of the year, London-based Sapphire Partners helped in the recruitment of Andrew Bailey as the new governor for the Bank of England.

While it is nearly impossible to pick just 10 of the most interesting search assignments over a full year – we tracked hundreds of them – that’s exactly what we’ve tried to do here. So, in case you missed any of these stories during the course of a very busy year, or if you’d like to reread what are likely some of your own favorites, here are our 10 best picks for 2019. Happy reading . . . and Happy Holidays from Hunt Scanlon Media! We look forward to bringing you the best of the best of 2020 in just a few weeks.

Hanold Associates recruited Renée Tirado as the new global head of diversity, equity and inclusion at Gucci. Neela Seenandan and Jason Hanold, co-CEOs and co-managing partners, led the assignment. Hunt Scanlon Media first reported the onset of the search in March, as the hunt for diversity chiefs intensified this past spring. “We had a very collaborative, determined and decisive client in Gucci,” said Mr. Hanold. “We were able to offer candidates the option of starting in either Milan or New York, and the opportunity for global impact was very attractive to a strong slate of contenders. Gucci’s leadership played a hands-on role in helping to drive the search through their transparency and authenticity.”

Spencer Stuart recruited Alison Rose as the CEO of the Royal Bank of Scotland. She became the first woman to lead one of Britain’s major lenders. Ms. Rose, who has worked at RBS for 25 years, had long been the inside favorite to succeed outgoing leader Ross McEwan, who stepped down in March. “We believe that shareholders would be highly supportive if she is elected to the position,” analysts at Goodbody including John Cronin said in a note to Bloomberg this past spring. According to the Financial Times, one person briefed on the search said that headhunters Spencer Stuart had struggled to drum up much enthusiasm from external candidates, in part because the pay package for the job was lower than that of other large banks thanks to the government’s majority stake.

Turnkey Search, a subsidiary of Turnkey Sports & Entertainment, placed Alex Chang as chief marketing officer of the San Francisco 49ers. Managing director Diana Busino led the search along with recruiter Allie Crone. The 49ers wanted a proven marketing leader with a demonstrated track record of performance and business achievements. Following an extensive search, Mr. Chang proved to be the right candidate for the role. A veteran of almost two decades in major brand marketing, Mr. Chang has become an influential player in the sports marketing industry over the last eight years while with American Express, IMG, Wasserman and Samsung Electronics America. Most recently, he served as the head of partnership marketing for Samsung.

Following a national search, Diversified Search recruited Make-A-Wish executive Bill Tiller as president and CEO of the Pediatric Brain Tumor Foundation, the world’s leading non-profit dedicated to children and teens with brain tumors. Managing directors Andrew Wheeler and Peter Gillin led the assignment. Mr. Tiller, a noted non-profit leader, served as CEO of Make-A-Wish South Carolina since 2014. “Our board conducted a national search for our next leader, and we couldn’t be more pleased to select Bill Tiller as our new president and CEO,” said Doug Porter, chairman of the PBTF board of directors. “He has a consistent track record of capacity building, improving mission effectiveness and enhancing development activities across a broad spectrum of leading non-profits. We are thrilled to hire Bill, and the board looks forward to collaborating with him to enhance our support of research and family support programs for children and teens with brain tumors.”

JDG Associates assisted the U.S. Capitol is the recruitment of J. Brett Blanton as the 12th architect of the Capitol, in perhaps the most unusual search assignment of the year. President Darren DeGioia led the assignment. Mr. Blanton has over 25 years of experience in the public sector, retiring from the Navy as a Commander in the Civil Engineer Corps, and most recently serving as Deputy Vice President of the Metropolitan Washington Airports Authority. The architect of the Capitol, appointed for a 10-year term by the President, is responsible to the U.S. Congress for the maintenance, operation, development and preservation of the U.S. Capitol complex, which includes the Capitol, the House and Senate office buildings, the Library of Congress buildings, the Supreme Court building, the U.S Botanic Garden, the Capitol Power Plant, the Capitol Grounds and other facilities. In total, the architect oversees about 18.5 million square feet of space across 570 acres of land covering 36 structures. What a job!

Herbert Mines Associates placed Michael O’Sullivan as the new CEO of Burlington Stores Inc. “Given our tremendous progress and the strong foundation we have established, the board and I believe now is the right time to transition to new leadership,” said Thomas Kingsbury, who stepped down in September. “Michael brings extensive experience and a proven record of success in the off-price retail business, and his team-oriented leadership style makes him a natural fit for our organization. We believe that Michael is uniquely qualified to lead Burlington in its next phase of growth.” Mr. O’Sullivan has significant off-price retail experience, having served in executive positions at Ross Stores since 2003. For the last 10 years, he has served as president and COO of Ross Stores. The search exemplified the growing and expanding influence of private equity on the executive recruiting sector.

Shelli Herman and Associates was selected by the Whitney Museum of American Art in New York City to find its first CHRO. Shelli Herman took on the assignment along with her associate, Krista Haley, a plum job to fill for one of the best known museum brands in the world. “The Whitney Museum is in the midst of implementing an exciting and ambitious strategic plan,” said Ms. Herman. “A central part of this plan involves bolstering their staff and the Whitney is making a significant investment in people by hiring their first ever chief human resources officer.” Their intent, she said, “is that of lifting up an already strong culture with this hire,” adding: “We are thrilled to have been selected for his important assignment for such an exciting cultural icon in Manhattan.”

Sapphire Partners Assists the Bank of England in Governor Search

Sapphire Partners, a London-based executive search firm, assisted the Bank of England in the recruitment of Andrew Bailey as its new governor. The recruitment firm, which focuses on finding diverse talent, is the first agency ever hired to find someone for the governor role. Leading the assignment for Sapphire Partners was founder Kate Grussing, director Sally Springbett and associate director Caroline Turner. “When we launched this process, we said we were looking for a leader of international standing with expertise across monetary, economic and regulatory matters,” said chancellor Sajid Javid. “In Andrew Bailey that is who we have appointed. Andrew was the stand-out candidate in a competitive field. He is the right person to lead the bank as we forge a new future outside the EU and level-up opportunity across the country.”